A Reflection On January 14 Protests, One Year On 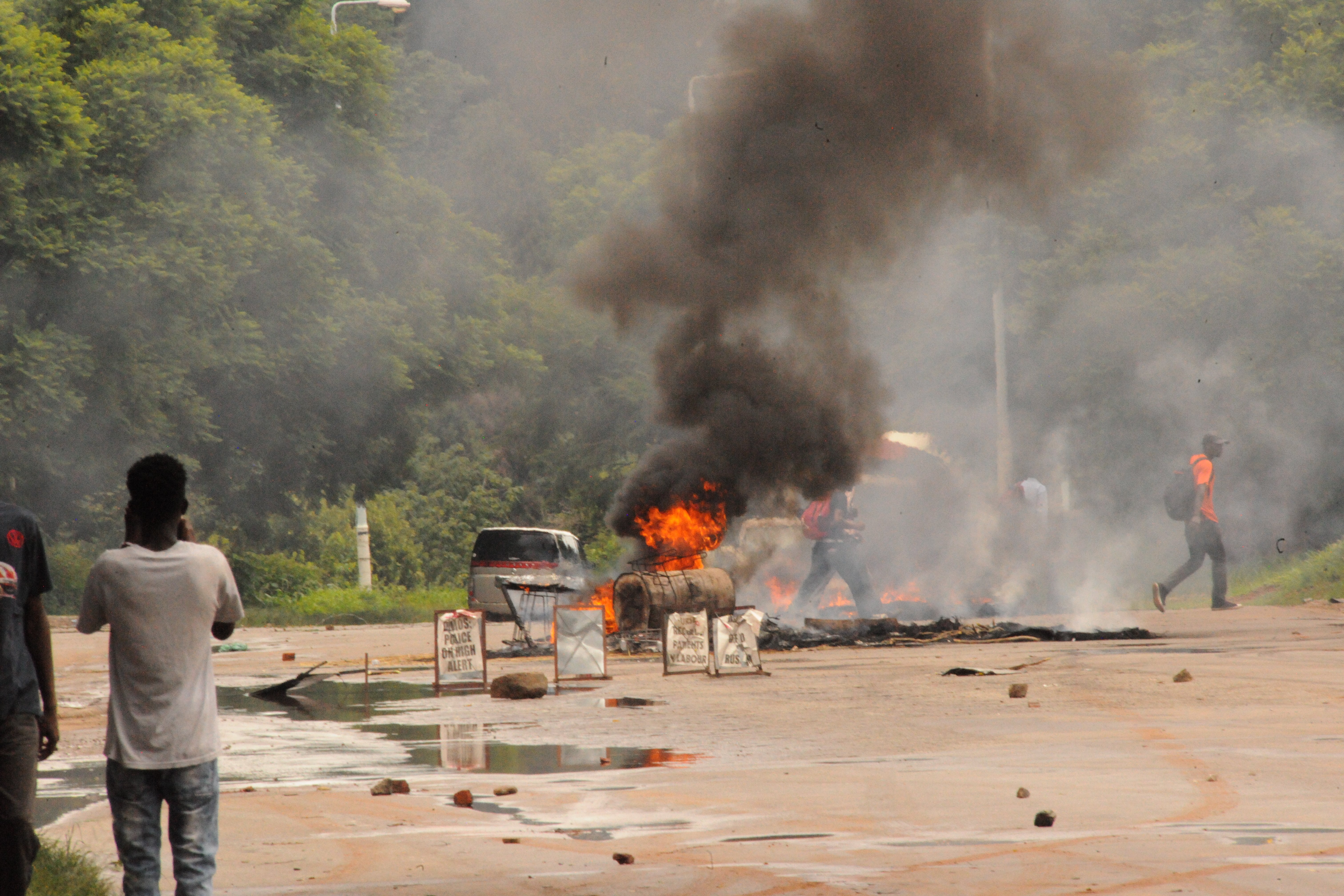 It has been a difficult 12 months since Simon Sithole (38) lost his business to prowling youths on a dreadful January morning around Mbudzi Roundabout- a business hive,  binding the sprawling leafy suburb of Waterfalls to the adjacent high residential neighborhoods of Highfields to the north and Hopley to the west.

On that day, hundreds of youths converged close to his shop; a well-stocked small business enterprise trading in various food stuffs and within minutes it had been broken into, looted to dust and the wooden doors and iron sheet walls dislodged and dragged to block traffic and set ablaze.

Sithole had suddenly fallen victim to a political revolution which he admittedly had initially been in favored of.

“They broke into my shop and took everything and I had to run away for dear life,” narrates Sithole.

“This was a mass demonstration which had nothing to do with some of us but some criminals took advantage of the situation and looted,” added Sithole who somehow managed to get back on his feet several months later and just opened another shop.

But Sithole had been warned earlier via Whatsapp messages that widely circulated the previous day threatening unspecified action on those who dared go to work or take part in any economic activity.

Harare was burning and so did other major cities such as Bulawayo, Gweru, Mutare and Masvingo.

To a greater extent, these images fueled protesters ‘resolve before government sent military troops to quell the situation.

The internet was shut down the following day to further dampen the spirit of the revolution.

By this time, losses had already been suffered, and they were enormous.

The country’s industry watchdog, Confederation of Zimbabwe Industries said business worth US$ 300 million had been lost during this period and government estimated the loss in infrastructure to be over US$ 10 million.

In the meantime a massive crackdown on suspected orchestrators of the protests was undertaken which has been described by analysts as unjustifiably ruthless on the ordinary civilians.

Allegations of rape, physical assaults and murder by security enforcement agents during this period went abuzz with limited cases officially reported to authorities due to fear of persecution.

This was also worsened by the absence of the internet, a vital tool protestors had used to disseminate information.

An impromptu announcement on the 13th of January 2019 by the President, Emmerson Mngangagwa had been aired on television of a 130 percent increase on the price of fuel had sparked this civil uproar.

“The country was in a state of martial-law. We spent the entire week confined in our homes. Soldiers were here all week in the bars, in the streets just everywhere. It was a really intimidating time,” one Hopely resident who preferred to be known as Wasu said.

The Zimbabwe Congress of Trade Unions (ZCTU) who had called for a three-day strike in protest of the fuel hike distanced itself from the violence that had unfolded.

Many political activists and members of the opposition party, MDC were arrested in connection to the protest while many who had looted in shops and committed other crimes during the chaos were sent to prison.

To this day, some senior MDC officials still have cases pending in connection to the January events.

“Yes we still have our national executive members Hon Hwende, our member of parliament hon Sithole are still being persecuted in relation to the events of January 14 2019,” MDC Youth Secretary general, Ostallos Siziba told 263Chat in an interview.

“We want to salute fellow compatriots who were killed may their souls rest in power. The position of us as the MDC, is that we commemorate the lives of the fellow fighters who were killed exactly this time a year ago and our only task is to ensure that we take the struggle of democracy forward,’ he added.

To this day, no member of the opposition party had been successfully convicted over the events of January 14 despite many having spent some days in detention.

To the communities held captive by the military, a physiological effect remains engulfed one year on while those allegedly raped remain with heavy scars engraved in the darkest cocoons of their memories with lost hope for justice.