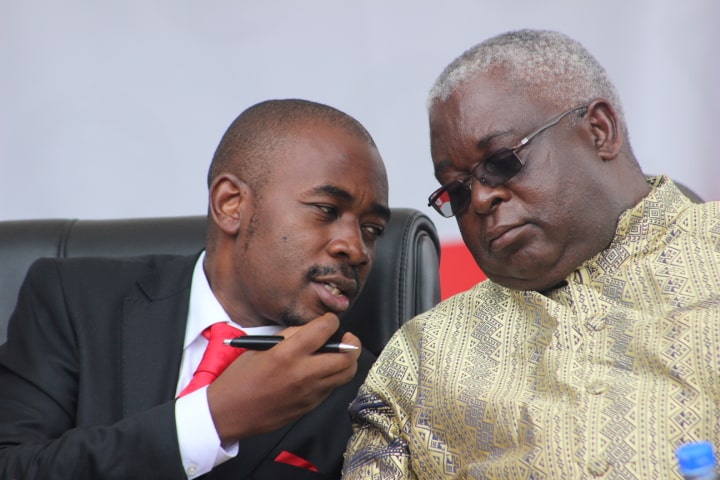 As Zimbabwe historical doyen of democracy’s remains were laid to rest in Humanikwa village, Buhera, a dark cloud has descended on the Movement for Democratic Change (MDC-T) with the most shared belief being that Tsvangirai’s death marked the end of the main opposition party.

This comes on the back of Nelson Chamisa’s appointment as the new party president.  In contrast, the mass send off to the founder of the MDC and former Zimbabwe Prime minister, is a testimony that ‘Save’ etched his name in the hearts of the masses in which his legacy springs out.

In politics numbers do not lie. The response Zimbabweans have given in bidding farewell to their democratic hero is a sign that the MDC is still alive. There is no need for political fallacy.

The wind of change is blowing in Zimbabwe, the youths’ consciousness in political governance is reaching a new crescendo. The political branded Generation 40 narrative by former Higher and Tertiary Education minister, Professor Jonathan Moyo, is finding feet in the MDC.

This is suffice to say, the heir apparent to the MDC throne post Tsvangirai need to appeal to the generation 40. The future lies in the hands of the youths.  The youths’ non-participation in political activities is thus coming to an end.

The son to the late Morgan Tsvangirai, Vincent Richard Tsvangirai endorsed him. “Ndimi munoziva zvaidiwa nababa” (You are the one who knows what our father wanted) said Richard.

Although, one would argue that party issues need no family endorsements, it is an undeniable truth that Chamisa deserves to lead Zimbabweans from where the proverbial Moses left it.

From the observations made at Harvest house on Sunday and Freedom Square on Monday, Chamisa is now unstoppable. The virtual spaces, Twitter and Facebook are caught in the “ Hapana chichamisa Chamisa” frenzy.

The embarrassment Douglas Mwonzora, Thokhozani Khupe and Elias Mudzuri suffered in Buhera provides them with an opportunity to return to the drawing board.

Hopefully, in their plan there is a realization that Nelson Chamisa’s blue ocean strategy has sailed through. The realization should further acknowledge Chamisa’s history in the party as one of the founding fathers of the MDC, his intellectual prowess, his appeal to the most demographic group in the country; the youths and his connection to the grassroots base.

That gogo Tsvangirai did not want to see Chamisa at the funeral has backfired, with party supporters chasing party secretary general, Douglas Mwonzora and vice president Thokozani Khupe from the funeral instead.

The two survived the angry mob after police intervention as they were escorted away from the funeral. The duo are believed to have attempted to incite family members to block Chamisa and Elizabeth Macheka from attending the funeral.

His charisma out-compete other political players in the country at the moment even though his political strategy is unknown. Charismatic gesture has the potential to win the assent of the masses as the late Germany political think tank, Adolf Hitler, sums up that great movements are not led by great writers but by great speakers.  Chamisa is a speech-maker and a law maker, a combination of the two makes him more appealing to the electorate.

“We are going to bury our President in Buhera, but we will bring back ideas, we don’t bury ideas.” The speech sounds like a fictional rehearsed iota meant for the prize awarding event. Yet, in actual fact, it depicts Chamisa’s charismatic gesture and seemingly suggesting that he has no competitor in this coming elections.

Whilst Engineer Elias Mudzuri and Thokozani Khupe employed a scathing narrative against Chamisa probably expecting their victim to unleash venom in return. Instead, Chamisa preached peace and unity. He should have learnt from G40 and Lacoste factions in ZANU PF, how they came close to tear the party apart.

The death of Morgan Tsvangirai sparked a sense of panic and power challenge altogether. It was a moment of grief but also a moment for the National Council to take measures urgently for the interests of the party and its fan base.

Politics of retribution has never been Save’s political nature, neither does it have a place in Chamisa. This is the same gesture Chamisa has employed. He is uniting the party calling Mudzuri and Khupe to come on board as the two are understood to be opposing Chamisa’s rise.

He is the most senior in the party and who has never defected from it during storm times. The seniority factor worked in ZANU PF’s power transition that saw President Emmerson Mnangagwa taking over from Mr Robert Mugabe.

His appeal to the Christian community is no doubt a huge edge that Chamisa enjoys. He is a graduate with the Living Waters Theological Seminary, and a fervent worshiper with the Apostolic Faith Mission in Zimbabwe (AFM).

The preference Zimbabweans at large give to the Pentecostal church remains a huge advantage for Chamisa. Zimbabweans general are peace loving citizens who observe and adore Christian values. In their prayer memoirs, they devote time to pray for the leaders of the country. To them, thus, to reach Canaan, Chamisa becomes their Joshua after Moses Tsvangirai connotation.

Investor confidence, the reality is, if there is any interested investor to come to Zimbabwe, it will be appealing to do so under Chamisa’s presidency. The MDC’s involvement in the government of national unity tempts logical mind to ascertain that with Chamisa at the helm of the country, development will be bound to come. His previous work in the Telecommunications ministry tells the story itself.

The drastic changes that came with him in the telecommunication industry do not need politicking to tell that he is a capable man for the top job come elections. That outstanding performance he has made thus it becomes a hook in bringing home investors.  It will be more appealing to investors to strike deals with a young president whose history has less controversies.

Far from being read as lifeless substance, in the election circumstances, history gives the electorate a long view as a base to knit together previous different times and make an informed decision. Chamisa’s history is less tainted and controversies attached to him are little or none.  This gives him cutting edge amongst other political contestants. It will be naïve to deny him an opportunity to lead this country.

The youths have their confidence and hope in this young man.  His presidency will change a political trajectory in our country where the majority running state politics have for many times proved that they are exhausted. It will not be bad for them to rest. Chamisa maintains that his main prayer is for God to give the old politicians more time to live so that they appreciate the potential that lies in young people in running state affairs.

The 5th African Union–European Union (AU-EU) Summit, which took place late last year in Abidjan, Côte D’Ivoire had a theme “Investing in Youth for a Sustainable Future” which captures an appreciation of the value the youths have in the governance of their states.

That politics in Zimbabwe has been defined by antagonism between the ruling government and the opposition parties is now a thing of the past. President Mnangagwa’s language of peace, put to bed the cat mouse relationship that used to characterize the Zimbabwean politics. The new dispensation gives Zimbabweans an open space without intimidation to freely choose political leaders whom they trust have the potential to satisfy constitutional duties.

Post Tsvangirai, Chamisa’s name is now the subject of the day, in the streets and in virtual spaces. How mourners have been responding whenever Chamisa addresses them has proven beyond doubt that he is the heirloom to the MDC throne after Save’s departure.

Afghanistan Bank On Spin, Zimbabwe Look To Make Use Of Home Advantage At CWC Qualifier

Opinion: Repositioning Africa Under The AfCFTA

Who Will Deliver Zimbabwe To The Promised Land?