CONTE TO SHUT IT DOWN

All eyes will be on Antonio Conte tonight as he looks to shut down the English Premier League with a win against West Brom. The Blues will take a great step tonight to be crowned champions of England. Despite experiencing a barren and a rather humiliating campaign on watch of the “Special One” in the 2015-16 season, Chelsea have proved to be the most formidable force in this campaign boosted by Conte’s 3-4-3 formation.

Conte has reported a full house in today’s game. After tempting invites from the Chinese Super League, Diego Costa has hinted that he is more focused on landing the EPL crown at Stanford Bridge, then discuss his fate after the job is done.

Chelsea has experienced a fruitful campaign with the aid of exceptional players such as Eden Hazard, Ngolo Kante and David Luiz. A win for the Italian will defiantly crown the Chelsea as the Champions of England. Will West Brom prevail against fate tonight?

ONE OF THOSE GREAT FAREWELLS

Tottenham will play their last game at White Hart Lane before moving to Wembley, their temporary home while their stadium is upgraded. If Chelsea win on Friday, Tottenham may find little to fight for considering that the championship question would have been answered before their game.

Spurs would want to leave White Hart Lane on a good note and they will be looking for nothing but a win against the Red Devils. Pochettino has not lost at home this season and is hoping to maintain his record though he is alive to the fact that United presents one of his biggest threat. After seeing off Celta Vigo and booking their place in the Europa league finals set for Stockholm on 24 May, Jose Mourinho shifts focus to domestic league. His clash with Tottenham could have been crucial had he lost to Celta Vigo but as it stands the ‘Special One’ has not changed his stance on fighting for a top four finish. He will still be hoping to preserve his status by going for maximum points against a team that has won praises for its attacking football.

The last time Mourinho won at White Hart Lane was in 2005 when his Chelsea coached side defeated Spurs 2-0. Manchester United has failed to win one of their last 4 Premier games.

LIVERPOOL TO SET AN UNWATED RECORD AGAINST THE HAMMERS

Liverpool will be hoping to tighten their grip on third position

Liverpool could set an unwanted record if they to fail beat West Ham on Sunday. The Reds have lost their five matches against the west London side in all competitions, matching the same run from February 1965 and have never gone six games without a win without a win.

On Sunday afternoon, Jürgen Klopp could have moved to fourth place only for mother nature to put up a spirited fight against him. West Ham are unbeaten in their last 5 Premier league games.

THREE IN A ROW?

After a false start to the season, the defending champions will be hoping to dent Manchester City hopes of a third spot on the logo.

Leicester could make it three wins in a row against Man City for the first time in 50 years if they win on Saturday at the Etihad Stadium. City cannot afford to lose as they are hoping to leapfrog Liverpool into the third place with three points this weekend.

As the season gets closer to the touch line, it remains to be seen how things shape up. With Middlesbrough and Sunderland already send packing from the Premier League, the battle has shifted to top four with Arsenal hoping to stage their usual comeback after a poor run to book their place in the European elite competition next season.

Other games to be played this weekend

Zimbabwe Lose To India At Women’s Tourney In SA

Harare Council Boss Locked Out Of Office Over Power Wrangle 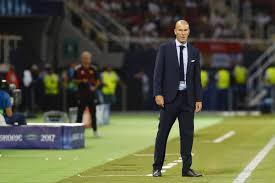