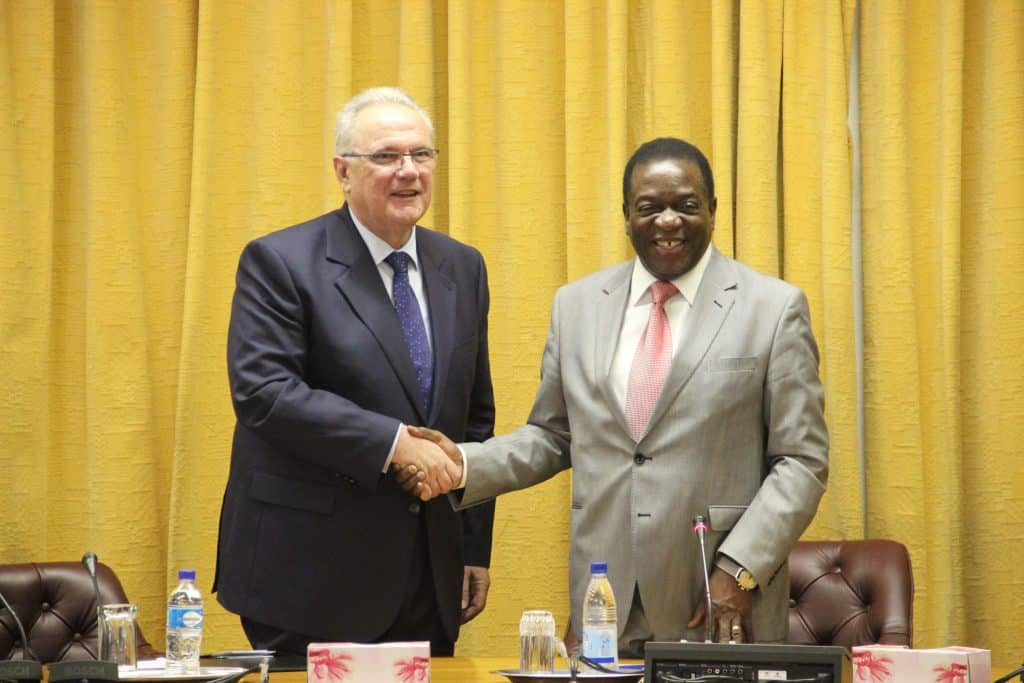 The European Union (EU) delegation currently in the country has emphasized the need for the next elections to be free and fair for them to partner Zimbabwe in its political, democratic and economic transition.

Addressing the media after meeting President Emmerson Mnangagwa at his Munhumutapa offices today, EU Commissioner for International Cooperation and Development, Neven Mimica said they are looking towards a positive relationship with Zimbabwe.

“European Union would like to be a reliable partner for Zimbabwe in a process for the historic political, democratic and economic transition.

“This is a process that the EU would like to engage on to support and to accompany the Zimbabwean Authority.

“We agreed that  this process should start with free and fair elections in order to legitimize the whole reform process that is in front of Zimbabwe.

“We look positively to the period in front of us and would like to support Zimbabwe along the lines,” said Mimica.

“I am here to show to the Zimbabwean people and authorities that the EU stands ready to accelerate its support to their transition towards democracy and prosperity. I am also happy to launch new EU support programmes for a total amount of €23 million in the area of health and job creation. As Zimbabwe opens a new chapter in its history, we are putting our trust in the authorities to seize this unique opportunity and address the political and economic challenges in the country,” added Mimica.

Meanwhile Media, Information and Broadcasting Services Minister, Simon Khaya Moyo said the European Union delegation is very impressed by what is happening in Zimbabwe and efforts the new government is taking.

“I can assure you that the discussions centered on a number of political, economic and other relations between Zimbabwe and European Union.

“In the end it was quiet clear that the European Union delegation is very impressed by what is happening in this country and what efforts the new government is taking,” said Khaya Moyo.

He added that Mnangagwa reiterated his promise for free and fair elections this year.

“The President took the opportunity to explain the entire situation from the day the ”Operation Restore Legacy” came into focus and of cause the transitional measures which he has undertaken since then.

“He also explained history of the upcoming elections and he was very clear that they are going to be credible, free and fair,” added Khaya Moyo.

The EU delegation follows another meeting Mnangagwa held with US Senators who are currently in the country. Both groups have stressed the need for the upcoming elections to be free and fair in order to allow the re-integration of Zimbabwe into the international community.

Mnangagwa has repeatedly promised free and fair elections as well as inviting the international community to observe them- in a bold move that has charmed the world that Zimbabwe has indeed opened a new chapter since the fall of former President Robert Mugabe in November last year.

Meanwhile EU will soon launch new funding worth €23 million to be channeled towards improving people’s access to health services and enhance their livelihoods.

Econet, NetOne, Telecel in hot Soup by Potraz over Quality of Services