He Never Gave Up On Us: The Untold Story Of A Late Missionary Who Saved Lepers Without Discrimination 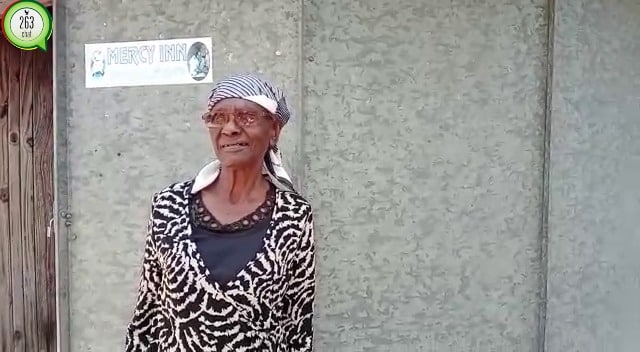 Sounds of joy could be heard 100 meters away from Mutemwa Leprosy center in Murewa, Mashonaland East province.

As one gets closer, a cloud of dust becomes more visible as a clergy dance group takes centre stage much to the excitement of a small group of people gathered at Mutemwa.

The dancing and singing was in celebration of the life of a man who meant everything to Mutemwa Leprosy centre, a place designated for outcasts in society.

To catholics around Murewa, 4 September is a day to celebrate the life of John Bradburne, a former warden at Mutemwa Leprosy Centre and now a candidate for sainthood.

After spending 10 years tending to lepers at Mutemwa leprosy centre, Bradburne on September 5, 1979 shot dead and his body was left dumped by the roadside along Nyamapanda highway.

In an interview 263Chat, Gogo Colleta Mafuta who once stayed at Mutemwa leprosy centre under the care of Bradburne was full of praise for the former warden saying he never gave up on them.

Gogo Mafuta had a difficult childhood adjusting to her condition since she was born to parents who had leprosy.

“He was not an ordinary man, God ordained him for the specific task of looking after the poor. He left behind a comfortable life in England and came to live among the poor and sick,” she said.

“He taught me how to pray in earnest and never gave up on us,” said Gogo Mafuta.

His humility struck a chord with those he came into contact with, especially the lepers as he nurtured and nursed them back to health.

Mutemwa started as a leprosarium in about 1937 with a few patients before growing into a huge leprosarium in the 1940’s and 50’s with nearly 1000 patients.

In 1962, with the introduction of the drug Dapsone, which could cure the leprosy bacteria, the center was closed and many patients were asked to seek home based care.

However some patients had no suitable or local homes to go to and this forced Mutemwa to remain open so that it could keep rendering social support to these and others who had no suitable homes to return to.

Recently the Coca-Cola’s Women Linc Zimbabwe led by Patricia Murambinda donated a poultry project worth ZWL$500 000 which is running and helping to sustain the care centre.

In an interview with Mutemwa Leprosy Centre Administrator, Father Linos, they are grateful for all the support from well-wishers.

According to Patricia Murambinda, Bradburne’s death was mired in such controversy and it is said during his funeral a few drops of blood leaked from his coffin, but when it was opened they could not locate the source of the blood.

Currently, there is a growing movement advocating for conferment of sainthood for Bradburne.

BAT Scraps Interim Dividend As It Opts For Growth