HIFA Opening Night: The gods Must Be Crazy

By Lovejoy Mutongwiza Last updated May 2, 2018 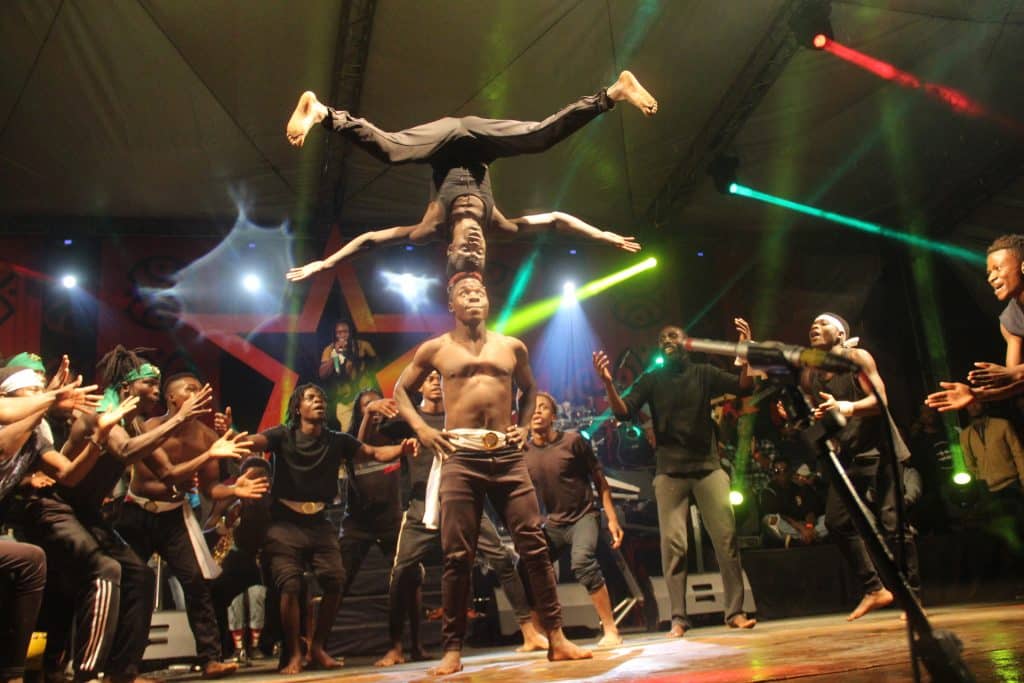 For a country that has rarely received much rainfall during the winter season, the odds of having a drenching wet evening on the Harare International Festival of Arts (HIFA) opening night would have been zero to none.

However, the gods had other ideas, crazy ideas.

An hour before the 18th edition of the Harare International Festival of the Arts (HIFA) started, whoever holds the keys to the rain taps must have connived with the gods to dampen the mood of revelers, some who had bought advanced tickets sold for as much as $20.

The organizer of the show were also caught unawares as just a few minutes before the first act went on stage,there was pandemonium on stage as volunteers tried to mop up the already wet stage and tried to protect the electrical gadgets from the rain by covering them with plastics, some of which were torn, meaning the covering was just a mere ceremony.

However, some revelers could not be outsmarted by nature as some, like the five of the 10 biblical virgins who had their lamps oiled waiting for the Son of Man to arrive, had their umbrellas ready and saved themselves from the rain which went for almost an hour and a half.

Or perhaps they had watched the weather report of the day? But the Zimbabwean Meteorological Department is one not to be trusted, not ever.

To the show itself, it was a reflection of the lukewarm build up to the six-day fete as the performances were just lukewarm. let’s blame it on the rains and the gods of rains, shall we?

This year. the organizers roped in forgotten songstress, Prudence Mbofana, who periodically went off-key on the last act of the show.

She was ably supported by mbira queen, Hope Masike who produced a somewhat, show-saving performance with another forgotten artist, Dereck Mpofu.

The performers somehow managed to produce the “warmth” that the crowd badly.

Running under the theme “We Count”, HIFA must be ready to count loses if the gods of rain continue on their craziness path.

On a positive, the afternoon show seemed to have attracted a decent crowd judging by the shoddy and poor publicity that this year’s edition got.

However, the organizers of the show will probably be telling the crazy gods that the show goes on, whether the weather is good or bad.

It remains to be seen who will win between the crazy gods of rain or the show but for now WE COUNT!