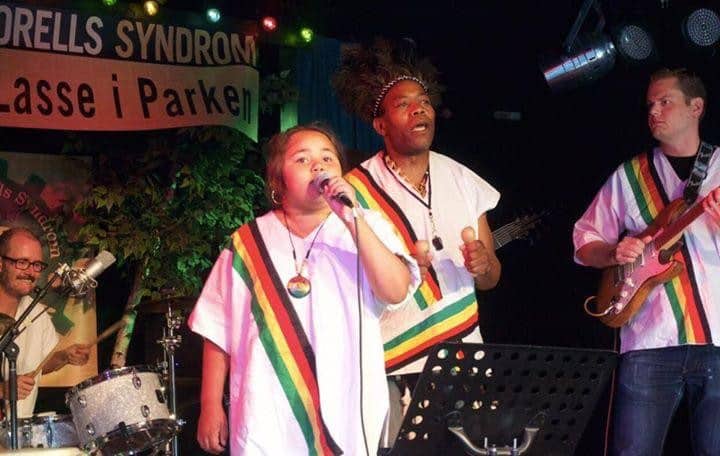 They say, “an apple doesn’t fall away from the tree,” and Zimbabwe’s showbiz is littered with examples of how daughters are walking into their father’s footsteps.

Selmor Mtukudzi, daughter to the late Oliver Mtukudzi has been holding fort, reliving her father’s legacy. Ammara Brown has kept Andy Brown legacy so is the other daughter of Andy, Chengeto.

Eleven-year-old Jesina has shown serious intend to follow in her father’s footsteps. She is already a member of her father’s Zimbabwe Traditional Unity Band where she is doing both the vocals and dancing.

She has already featured on her father’s videos where she had showed that with a little polishing, she can be a great actor too.

Jesina learnt to sing from her grandmother who ironically share the same name with her.

“It started with my grandmother when she visited us in Sweden. So we sat one evening and my grandmother started singing a song called Simudza Maoko Ako, I told her to teach me the song so that we can sing together. She also taught some dance moves to go with the song and I really enjoyed it,” she said.

However, the turning point for Jesina was months after her dad was involved in a car accident during the Zimfebi festival in Zimbabwe.

Feeling pity for her father who was struggling to perform after the fatal accident, Jesina offered to join her father’s band.