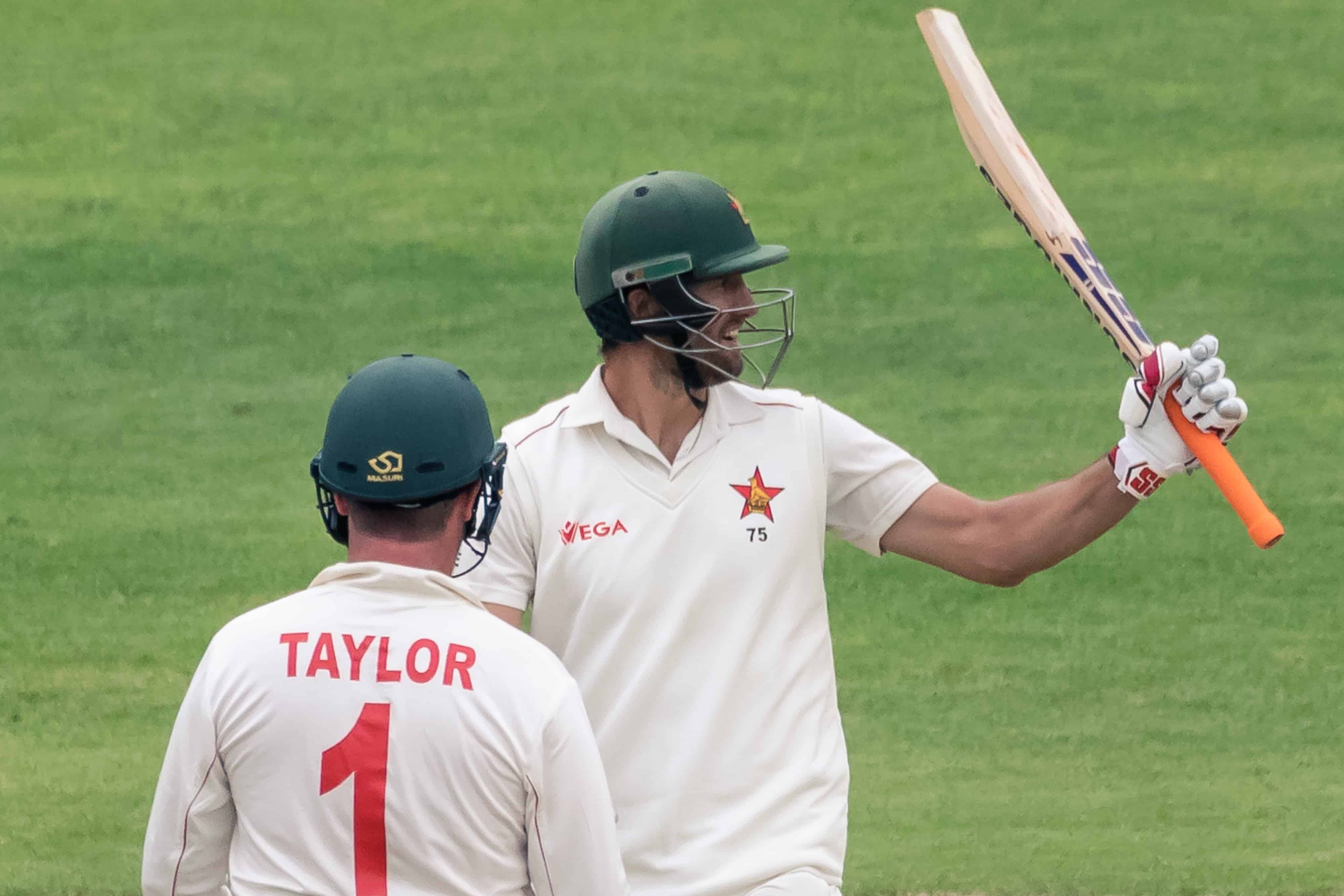 Zimbabwe’s opening batsmen Prince Masvaure and Kevin Kasuza are the toast of Zimbabwe cricket today after they gave their country a wonderful start in the first Test match against Sri Lanka at Harare Sports Club which started yesterday.

Although both are very inexperienced at international level, they played their roles with great determination and their opening stand of 96 runs in more than three-and-a-half hours was an invaluable blessing for their team.

Masvaure scored 55 and Kasuza 63, and with Craig Ervine also coming good with 55 not out, Zimbabwe found themselves overnight in the most encouraging position of 189 for two wickets.

On an overcast morning, with a threat of rain during the day, Sean Williams won his first toss as Zimbabwe’s Test captain and decided to bat on a good-looking pitch.

The previous Test match to be played on this ground took place, also against Sri Lanka, in November 2016, and there are only three survivors from that Zimbabwe team: Williams, Craig Ervine and Donald Tiripano.

Kasuza’s opening partner was the left-handed Masvaure, who has played in two previous Test matches.

They batted cautiously but with little difficulty in the opening overs from Suranga Lakmal and Kasun Rajitha, both right-arm seam bowlers.

Masvaure got off the mark with the third ball of the innings, which he turned to the long-leg boundary for four.

Six runs came off the first six overs, all to Masvaure, while after half-an-hour Kasuza finally got off the mark with a nudge to the boundary wide of the slips off Lakmal.

After nine overs and 14 runs, Sri Lanka took off Rajitha for their left-arm spinner, Lasith Embuldeniya, who began with a maiden over to the defensive Kasuza.

Then Lahiru Kumara replaced Lakmal, and when drinks came the batsmen had progressed to the stage where they were confident enough to work the ball around the field for singles; after 13 overs 23 runs were on the board, 13 to Masvaure and 10 to Kasuza.

Masvaure became increasingly fluent and had scored 34 when, in the 22nd over, 50 appeared on the board without loss, and the growing crowd showed their appreciation of every run.

The pair were still together at lunch, having done a magnificent job — 62 runs, of which Masvaure had scored 42 and Kasuza 20.

The first session of the match belonged to Zimbabwe all the way.

The batsmen continued their steady progress after lunch, rarely making a false stroke, although just before reaching his fifty Masvaure flicked unwisely at a ball outside his off stump from Lakmal, but missed.

He finally ran to his admirable fifty off 123 balls, with the total at 80.

Soon afterwards Kasuza, on 30, almost popped up a catch towards midwicket trying to hook a short ball, but the diving fielder just failed to hold a very difficult chance.

Otherwise most of Sri Lanka’s fielding throughout this partnership had been excellent, and some brilliant saves cost Zimbabwe quite a number of runs; also not a single extra had yet been recorded.

The batsmen at this stage became a little bogged down with the score still on 80, and there were four successive maiden overs.

Kasuza was then inspired to drive a ball from Embuldeniya over long-on for six.

Masvaure too became more daring, and he flicked a short ball from Kumara over the slips for four.

With the score on 96, though, the batsmen became bogged down again, perhaps inhibited by the approach of the 100 partnership.

Trying to break the shackles, Masvaure ended an otherwise magnificent innings by driving at a ball from Embuldeniya that was not full enough for the stroke, and sending a low catch to Dimuth Karunaratne at mid-off.

The last century opening partnership recorded for Zimbabwe in Test cricket was that of Tino Mawoyo and Vusi Sibanda, who put on 102 against Bangladesh at Harare Sports Club in August 2011.

Ervine brought up the hundred for Zimbabwe when he got off the mark by turning a ball from Embuldeniya backward of square leg for two.

Zimbabwe went in to tea on 108 for one, with Kasuza on 48 and Ervine four.

A few minutes after the restart, Kasuza drove a ball from Rajitha past backward point for three to reach his fifty on début, a marathon effort of determination which took him 178 balls.

Ervine, after a slow start, picked up a ball from Dhananjaya de Silva and launched it effortlessly to the sightscreen for six.

In de Silva’s next over but one, he did it again, this time over long-on, both strokes that make him look a world-class batsman when he plays in his best form.

A little later on he hit the same bowler for a third six, this time over extra cover.

Kasuza finally fell for 63, with the score at 164 for two wickets.

He apparently failed to pick up a low full toss from Kumara and was trapped lbw; he faced 214 balls and hit 5 fours and a six.

Brendan Taylor had a narrow escape before he had scored; he almost played a ball from Kumara on to his stumps, and very nearly brushed it away unthinkingly with his hand, but fortunately it just missed his stumps.

After this shaky start Taylor soon hit back with a six over long-on, off Embuldeniya.

There was no rain during the day, but the light did deteriorate, and the batsmen struggled at times to pick up the ball, until at about five o’clock the umpires decided it was too bad for play to continue.

The players left the field with the score 189 for two wickets, with Ervine on 55 — his fifty had come off exactly 100 balls — and Taylor 13.

Without a doubt Zimbabwe won the day, but obviously the later batsmen will need to play their part as it is no more than a start to a first innings in a five-day Test match.

The Sri Lankans never flagged in the field, and undoubtedly saved many runs, while their bowlers worked hard and well all day, but were rarely able to trouble the batsmen on a good batting pitch.

They should never be underestimated and are always capable of fighting back very hard.