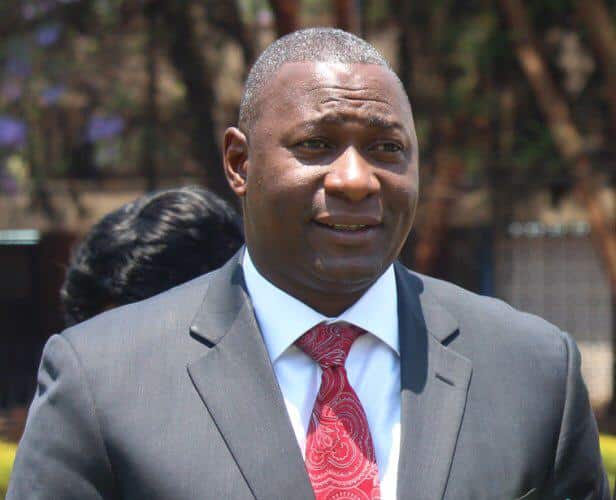 Former Information Communication Technology Minister Supa Mandiwanzira has filed an application seeking the dismissal of his criminal abuse of office case for want of prosecution  after Prosecutor General Kumbirai Hodzi again failed to file papers in the High Court.

Hodzi failed to oppose the matter in the High Court earlier and attributed the failure to officials in his office and this time again failed to file an answering affidavit to Mandiwanzira’s opposition to the application for rescission.

In April, High Court Judge Justice Nicholas Mathonsi acquitted Mandiwanzira in a case the Nyanga South Member of Parliament was accused of engaging a South African firm, Megawatt Energy to investigate an overpriced  US$218 million deal between NetOne and a Chinese firm without going to tender.

The overpriced deal was signed by former NetOne chief executive officer Reward Kangai without going to tender and ironically, Kangai was the key state witness in the Legislator’s case.

But the prosecution sought to reverse Mandiwanzira’s acquittal with Hodzi citing in his application for rescission, incompetence in his office particularly on prosecutor Edmore Nyazamba as the reason why the matter had not been opposed in the High Court.

But on Monday this week, Mandiwanzira, through his lawyers, Dube, Manikai and Hwacha, filed a chamber application seeking dismissal of the case on the basis that the prosecution had gone for over 60 days without filing an answering affidavit, way beyond the 30 days within which they must file in accordance with the rules of the High Court.

“On the 5th day of June 2019, applicant’s legal practitioners wrote to the respondents to remind them of the urgency of the matter, a copy of such correspondence is attached to the affidavit filed herewith, but they continued to ignore. The matter is urgent because the applicant’s variation of bail application and trial on the remaining charge have been detained by the application for rescission.”

“Respondents have clearly failed to pursue their claim for an extended period and to date. In the premise, and to ensure finality in the matter, applicant hereby applies for the dismissal of respondent’s application for rescission of judgement in case number HC 3404/19 for want of prosecution in terms of order 32 rule 236 of this honorable court’s rules,” said the lawyers.

In his affidavit, Mandiwanzira said: “In the circumstances and in light of the averments on the merits in my opposing affidavit in case HC 3404/19, it is also understandable that respondents have not pursued their application because they have no prospects of success.”

The former Minister was acquitted in a charge where he was accused of engaging a South African company, Megawatt Energy, to investigate an overpriced US$218 million contract entered into by NetOne and a Chinese firm. Megawatt went on to recover US$30 million which had been over priced on the contract.

Mandiwanzira has argued in court that the recovery of US$30 million fro Megawatt Energy was sufficient evidence that his actions were proper.

He complained in court that instead of being praised, he was now being persecuted for doing his job right. He told the same court that, the engagement of Megawatt had express authority from two of his most senior principals in government.