‘Military Intervention In Mozambique Not A Solution’ 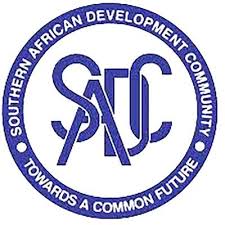 During a regional meeting last month, the Southern Africa Development Committee (SADC) resolved to deploy technical support to the conflict ridden region but speaking during a SAPSN virtual meeting, participants said past experiences with conflicts of this nature have shown lack of political will from leaders.

“When you look at past experience on conflicts. Our approach on the conflict of this nature has not been well executed. There is lack of coordination and intervention, we wait until the conflict matures. It shows our leaders are not pro-active when it comes to conflict.” said Dr. Claude Kabemba executive director of the Southern Africa Resource Watch (SARW).

“Military intervention is not sufficient to address the resource conflict. The conflict is a manifestation of a conflict that has been existing it’s only that it had not been militarized.” said Zhou.

Marvelous Khumalo spokesperson for the Crisis in Zimbabwe Coalition delivered what the SAPSN had observed in the Cabo Delgado conflict.

“The Summit noted that the prevailing conflict in Mozambique is a resource driven conflict which has been triggered by the discovery and concessioning of an estimated $128 million worth of fossil fuels in Northern Mozambique.

“The Summit in response condemned the complicity of local elites and extractive capital in the use of violent and exploitative means to access fossil fuels. The Summit therefore urged SADC to consider alternative pathways to economic growth and development and for the strengthening of transparency and accountability measures in the extractive sector.

“Lastly, the Summit called upon SADC leaders not to anchor the region’s economic growth entirely on fossil fuel and extractivism but rather prioritize the safety and security of people and not the assets of multinational corporations.” Khumalo said.