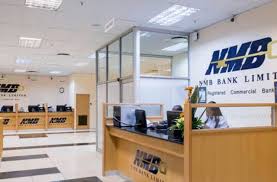 Local financial institution, NMB Bank Limited has hinged its 2018 performance on the forthcoming elections which the bank said should be free and fair if they are to surpass their 2017 results.

Addressing stakeholders in the capital last week, the group Chief Executive Officer, Benefit Washaya bemoaned the operating environment which he said continues to be challenging despite the new dispensation.

He expressed optimism of positive change in the operating environment due to the new political administration and the impending harmonized elections.

“The operating environment continues to be challenging,although there is improved optimism in the country due to the new political administration and the impending harmonized elections,” he said.

He added that total loans and advances went up by 8 % compared to 31 December.

“Our net income and non interest income for the 4 months to 30 April 2018 increased by 30% and 83% respectively compared to the same period last year.

“As a result,our operating income for the 4 months to 30 April at US$19.2 million increased by 53% when compared to the same period last year.

Farai and the Forest Dawn Announce Come Back With Upcoming Concert