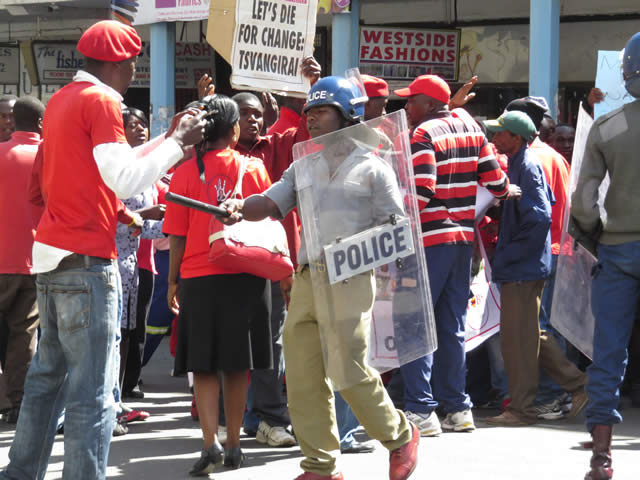 The party’s spokesperson from the Youth wing, Stephen Sarkozy Chuma confirmed the summon saying that Chimbiri is going to be accompanied by a lawyer from Zimbabwe Lawyers for Human Rights (ZLHR), Jeremiah Bamu.

Chuma however, said that the MDC youth assembly remains unshaken by the arrests on its members and that it will remain resolute and unshaken in the form of ‘political persecutions’.

ZANU-PF Vows To “Defend” Itself Against MDC