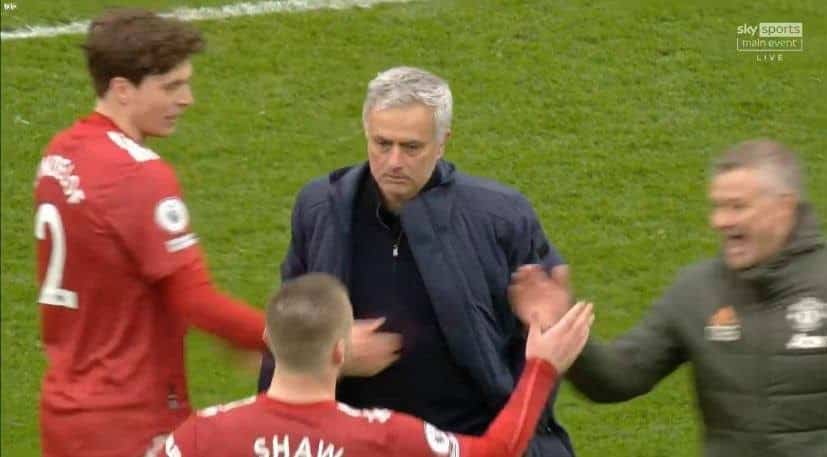 Put your hand up if your team one this weekend. As an Arsenal fan I haven’t gotten to say this much at all this season so let me have this one🤭. Liverpool got past a stubborn Villa side, Chelsea defecated on a terrible Crystal Palace, Arsenal breeze past relegation bound Sheffield, Pogba in control as UTD defeat Sp*rs and City slump to a shock defeat to a 10 man Leeds 😲.

Liverpool are still fighting for top 4 so this game actually mattered. Villa are within a shot of the Europa League so this mattered to them too. This is the first time I have actually seen Villa play decent without Jack. Still, it wasn’t enough. Sure they tied the game and sure they were stubborn, but you always felt like Liverpool were going to be too much and find a way to win. And that they did through TAA. The much maligned fullback showed his class with a great strike right into the bottom corner. Let’s get it right TAA has been TRASH TRASH this season, but you know what they say, “class is permanent, form is temporary”. TAA is Class, sure he has been a bit shit this season, but you don’t become shit overnight. Liverpool and England will need him. Liverpool still have a shot at top 4 now, and their run is favorable as fuck! Will the CL derail them though 🤔?

After getting their asses handed to them by Big Sam last week, Chelsea came out like Rambo and started spraying bullets. 3–0 with 30 minutes, game over, done and dusted. Chelsea looked amazing, efficient even. No wasted energy, every time they went upfront they looked like scoring. Kai Havertz actually showed up in this game. Showed his class with some amazing touches in this game. For Chelsea, like Liverpool this game meant something. For Palace, I don’t think it meant a gaddamn thing. Safe from the relegation battle and not really fighting for anything, they offered little resistance to the Chelsea onslaught. Did Chelsea play with a Striker? or was Kai the “false 9”? Tuchel showing zero faith in any of his strikers right now, and now has more incentive to play without one after this performance.

City finally lost a game. I think we all knew they would lose at some point, it was more of the manner in which City lost. Leeds went 1–0 up then went down to 10 men. At this point you know what’s going to happen, City equalized and pummeled the Leeds goal. I mean, they laid seige to that goal. The Leeds defense and that Goalkeeper deserve a week off after that performance. No team is fitter than Leeds though, even the mighty City, but MY GAWD, that Dallas guy has no business having that much energy in the 94th minutes to sprint onto a perfect through ball and have the presence of mind to slide right through Ederson’s legs. Absolute pandemonium, you couldn’t make that shit up even if you tried. Putting things in perspective though, City will still win the title. This was blip, an anomaly, a great soccer spectacle but doesn’t mean much in the grand scheme of things.

UTD v Sp*rs: Ok, I have been an Ole hater, I admit. But today the P.E teacher won me over. He showed everything today, man management, game management even tactically he got everything right. AND he outwitted the most overrated manager on the planet right now in Jose Mourinho. For the Mou fans who still think he got it (you know who you are 🤭), this man is DONE!! But on to the game, and Pogba showed why people call him world class. The dude CAN PLAY. Couple that with Cavani’s movement and Fernandes midfield control and UTD put together a deadly second half. VAR again reared its ugly head with a ridiculous foul call on McTominay for some fingers in Son’s face. Man went down like he had just been punched in the face by Mike Tyson. You can’t bring back a perfectly good call for some ol bullshit like that. Ole was right to criticize Son for going down and then STAYIN DOWN for like 4 -5 minutes WTF!! Mou’s little press conference rant was that of man who knows he has no future. I mean what happens to Mou when Sp*rs eventually fire him? Who will have a washed up Mou? For Ole though this means a contract extension and probably better players in the summer. Don’t say it too loudly but Ole might just be THE GUY!!🤷‍♂️.

Arsenal beat Sheffield. Not much to say here. The Gunners jump from 11th to 9th (woohoo). Sheffield are still relegated. So instead let’s talk about that ass whooping Westham put on Leicester City. Jesse Fucking Lingard. This dude is on fire man. Hopefully Westham have the money to get him on a permanent basis, coz he is man reborn. Leicester were SHOCKING, and Brandon has begun his choke job. After spending almost all season in the top 4, he is about to fuck shit up again and shit the bed. Even an inform Inheanacho couldn’t save the game for him. Some stupidity on some of his players though who violated covid rules. Fuck sake guys, you have ONE job, you get paid lots of money, stay in your fucking bubble James Maddison, Ayoze Perez. You cost your team today fellaz.

Fun Moment — St Maximan of Newcastle doing the C-Walk when he scored!