Social Media Reacts To Soldier Who Lost Footing During Parade 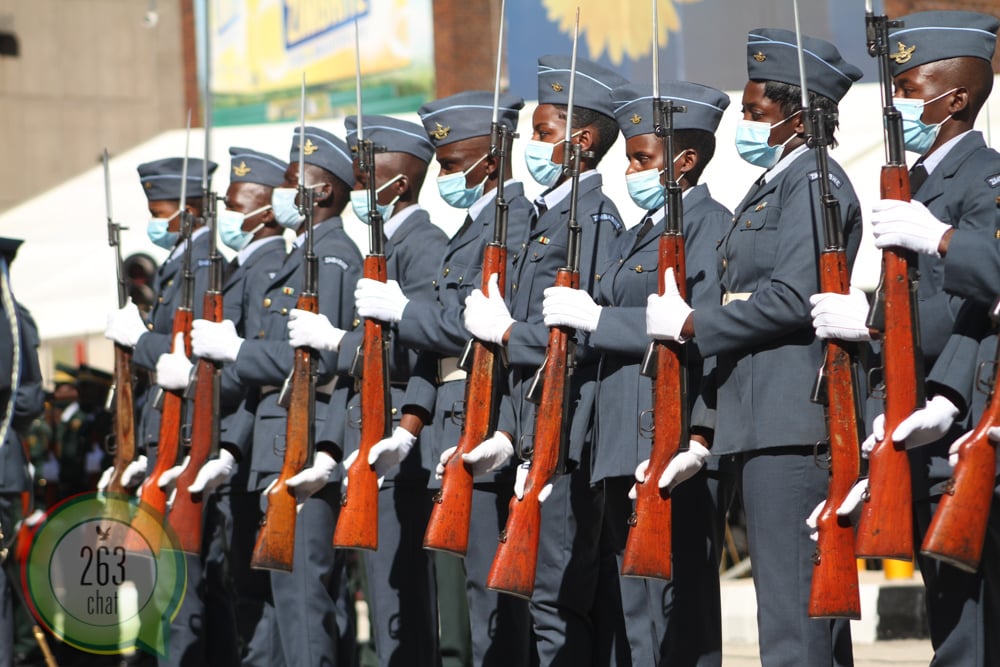 Share
Social media is abuzz with reactions to a video that captured a member of the Zimbabwe Defence Forces almost collapsing while on parade during the Mbuya Nehanda statue unveiling ceremony yesterday in the capital.
While there is a section viewing the incident as an exhibit of the country’s bad economic state, the sober-minded netizens have taken to school their colleagues on various factors that can contribute to dizzyness of fainting.

Get the social media reactions below.

@Vamuhera: That is how we lose focus on serious issues, that is why it then seems like people just want to smear government over anything…fainting is not always hunger …those guys stand for long same positions under intense heat …hence fainting can happen.let’s not be petty

@Godie581: These guys are not fit for purpose they are hungry they lack training the government has no resources to train them. They are trained like they are training green bombers. Shame on you Mnangagwa
@butternut6: He could be a diabetic whose blood sugars were getting too low. I hope he got the help he needed even tough it looks like they just switched him to the row behind and carried on
@mdue2424: Right in front of Nehanda! I hope Nehanda is seeing what ZANUPF is doing

This is not always a result of hunger but heat and dehydration, they can cause you to feel dizzy! Kana kumhiri they also experience the same pic.twitter.com/BjlgIlPdVx

The statue which was unveiled by President Emmerson Mnangagwa stands in honor of Mbuya Nehanda, an iconic and celebrated heroine who was hanged in 1898 by the colonial government for her contribution in mobilizing locals to fight against the white oppressive rule.