Ladies Are You Late For Marriage At 30? 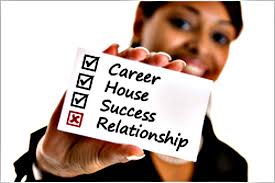 Thirty has long been the age when women begin to panic about not being married. Pressure will be coming from  angles and one may begin to feel they are cursed for not having found a lifetime partner by then.

Nandi Cakes, a South African socialite ripped into woman on Saturday and fired shots at women who are 30 and not married giving reasons why men should not marry women over 30.

Firstly women over-30 have a lower fertility. If you want to build a family with these old donkeys be prepared to possibly have a downs syndrome child.

2. When you marry a 30+ woman, you’re marrying her 30+ penises she's had over her long life on earth. She has more bodies than a grave yard.

By marrying a woman over 30+ you are investing everything in a rapidly depreciating pleasure provider that has already lost a lot of its aesthetic value… She will be wrinkled in the next 5 years and already having back problems.

Many guys these days are marrying early 30’s women, and then, almost immediately – Bam!. It’s over almost before it began. Its because you are trying to make ancestors housewives. Leave these dinosaurs.

Many women who are not married in their late 30s today never saw it coming. They had a plan: finish their first degree, masters, a job, a promotion, make money, be independent and settle down by 30, latest 32. ????????

Over the years, they turn down potential husbands, go on a partying spree like they have frozen time, only to arrive at 35 with nothing to show for it other than a dead end job, a car, and sometimes a child from a relationship that never quite worked out

So, now they are stuck in a phase where they will never find a man of their dreams and have to settle for any man who will be gracious enough to even suggest marriage. By now, all those flimsy and shallow standards they used to have are gone, humility is their second name.

It is good to be ambitious, even better to break the stupid glass ceilings, but at what price? Bottom line, at some point, you will need a man in your life. My experience of having observed women 30+ has proven that they mostly live a life full of regrets.

This pressures women into settling in unhappy relationships by lowering their standards because of loneliness. Here are some of the responses from people on twitter.

I disagree because 1.Such arguments make women commit out of desperation for fear that no one better will come along 2.A woman's value is timeless & beauty is fleeting 3.????Marriage ????is ????not ????an ????achievement!Rather be single than in a relationship that adds no value

4.There are few quality men to marry.A woman in her right senses will not settle for less than she deserves just to have a wedding album 5.The over generalisation is immense.Not all 30+ single women are alchoholics or have children from previous relationships.

There are some women who got married at 35 and thier children are healthy.

Yah that thread was nonsense. Cos facts and research show even women in early 40's don't have as high a risk of birth defects as we believe

Society has labelled marriage as an achievement and women start feeling the pressures of settling at 25. What is one to do if they have found the right one for them. Are you just supposed to settle because your “biological clock” is ticking?

Marriage is a lifetime commitment and should be spent with the right person for you. Many women have been married and had children beyond 35, there is nothing new about it.

The assumption that women want to be married(as in waiting passively before living their lives happily and fully) is tragic.

Patience is a virtue and it is always good to wait.

Catholic Priests Should Get Married:Ndanga

How To Handle Not Receiving On Valentine’s Day