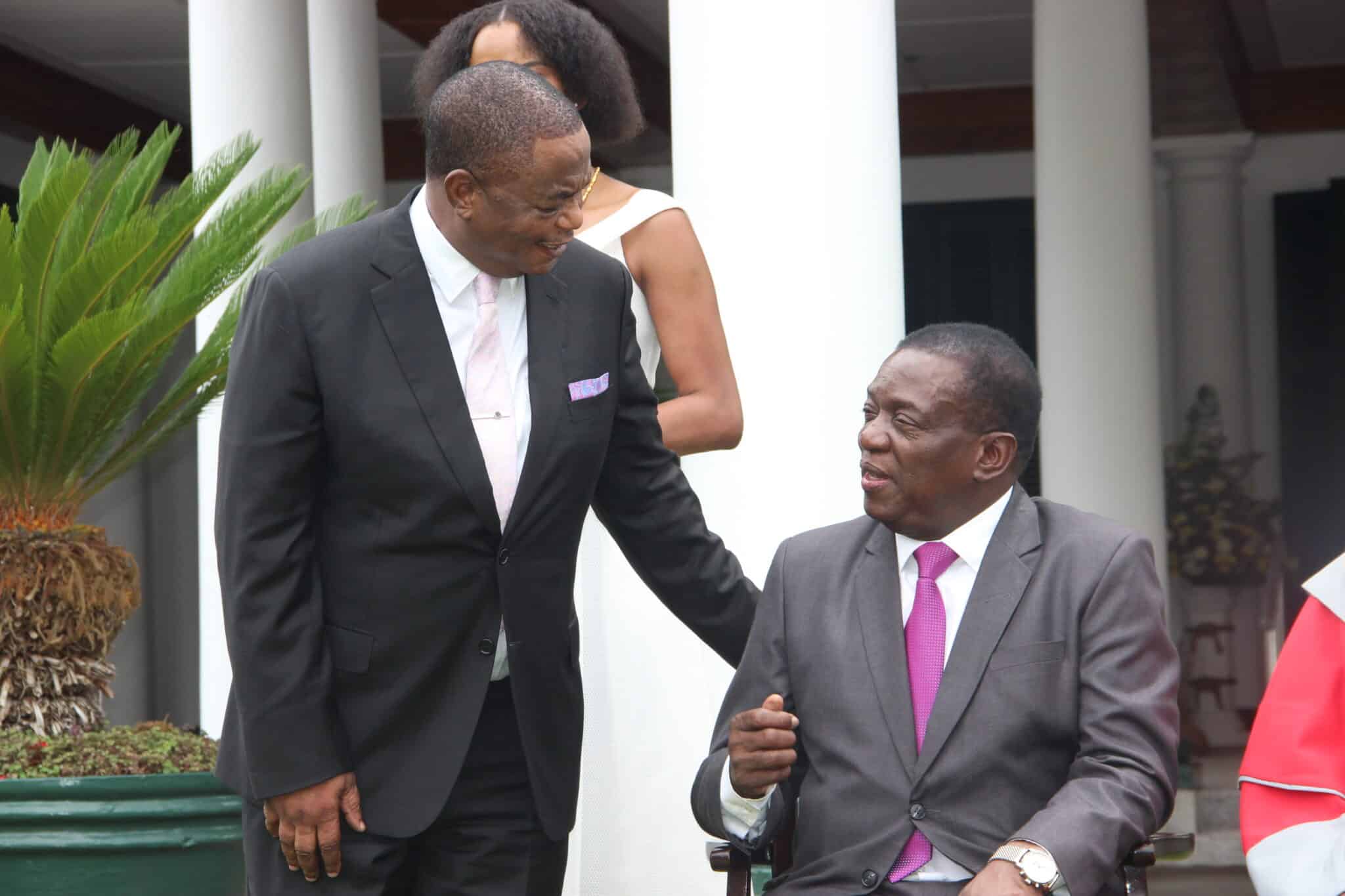 President Emmerson Mnangagwa has warned his newly sworn in deputies, Retired General Constantino Chiwenga and Kembo Mohadi to guard against complacency saying they should hit the ground running and deliver on the promises government  committed to deliver to the country.

Briefing journalists at State House today (Thursday) during Chiwenga and Mohadi’s swearing in ceremony, Mnangagwa said their immediate task is to work with ministers to ensure development of the country.

“The new Vice Presidents are not only expected to perform, but to show results and that entails guarding against complacency. They have to drive the Ministers.

“The performance of the Ministers will be reflected by the supervision given by the two Vice Presidents so the assessment of the two will be based on what comes out of our ministries,” said Mnangagwa.

Mnangagwa’s calls follows his stance since taking over from former President Robert Mugabe, to improve the work ethics, especially in the public service sector.

During his inauguration, Mnangagwa warned that days of complacency and absenteeism in the public service were long gone.

“Gone are the days of absenteeism…days of undue delays and forestalling decisions and services in the hope of extorting dirty rewards. Those days are over,” he said.

Chiwenga and Mohadi were early this week appointed to deputize Mnangagwa in the ruling Zanu PF party before their swearing in at the State House today.

Their appointment and swearing in means Mnangagwa’s government has now been fully constituted.

Mohadi was earlier appointed Defence, Security and War Veterans minister before his elevation and Retired Colonel Tshinga Dube is heavily linked with the portfolio together with Sydney Sekeramayi who was conspicuously snubbed in the initial cabinet list for his alleged links with the ousted G40 faction led by former First Lady, Grace Mugabe.