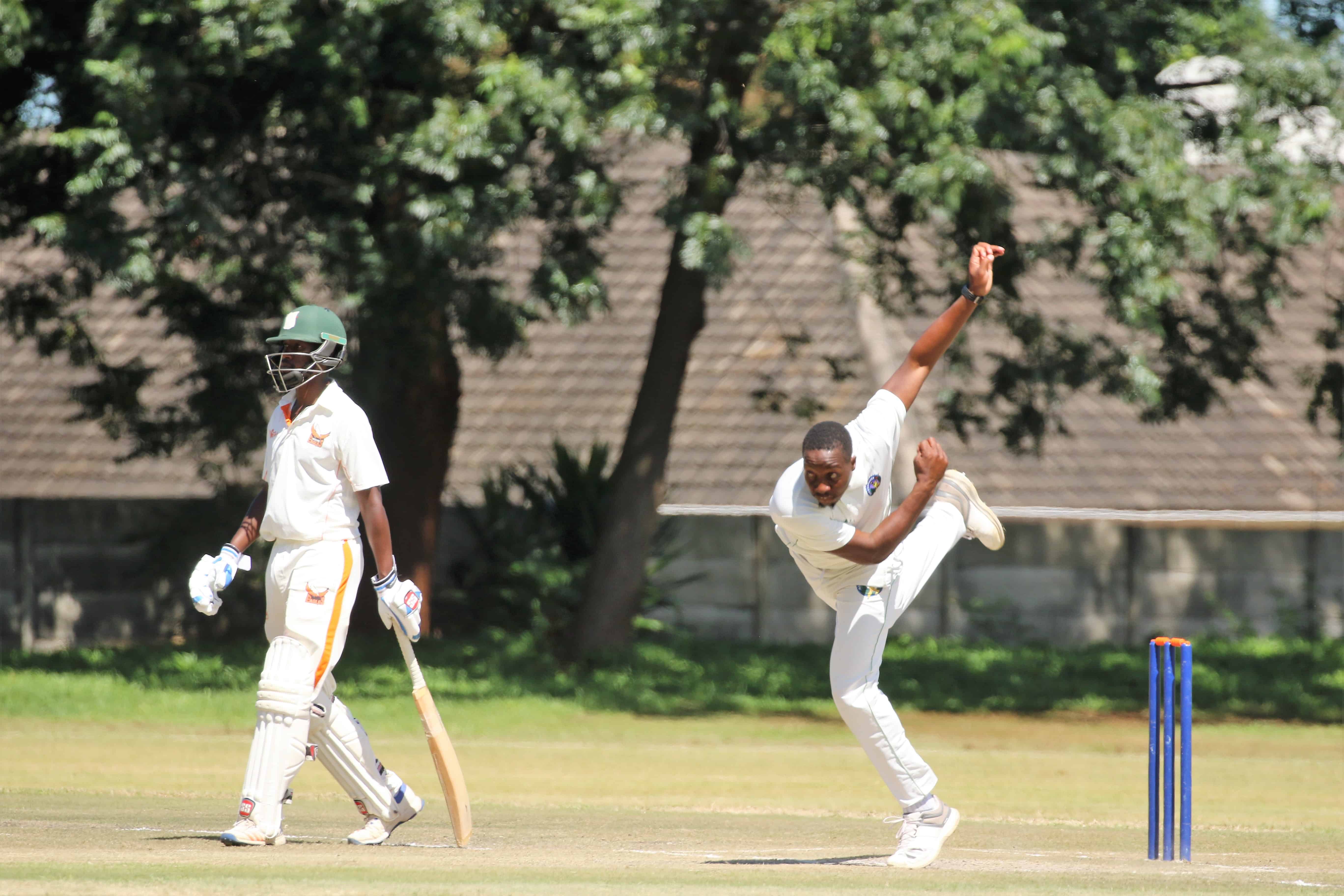 Despite a fighting innings of 99 from Richmond Mutumbami, Mountaineers retained the Logan Cup with a 10-wicket victory over Eagles at Old Hararians Sports Club on Sunday.

They won with a match in hand, as of their two close rivals, who have finished their programmes, they beat Eagles and Rhinos could only draw their match with Tuskers.

This had looked likely at the start of the day, as Eagles, forced to follow on, had lost four wickets for 167 in their second innings and were still 72 runs short of saving the innings defeat.

Thanks mainly to Mutumbami, who had begun the day with 60, they did force Mountaineers to bat again, but they needed only 17 to win.

Eagles were in additional trouble from the start of the day, as they lost three more wickets, all to the consistently accurate Victor Nyauchi, 11 more runs.

Tino Mutombodzi was bowled by Nyauchi for seven, Elton Chigumbura caught and bowled without scoring and Tony Munyonga bowled for three, though he stubbornly kept his end up for half an hour.

At last Trevor Garwe, recovering from a poor run with the bat, proved to be the partner Mutumbami needed.

He reached 99, and his team were eager to celebrate what would have been a well-earned century against the champions when he was dismissed under unfortunate circumstances.

There was an appeal for a stumping, which was rejected, but the umpire at the bowler’s end gave him out caught at the wicket, off the bowling of the leg-spinner Natsai M’shangwe.

With Honest Ziwira gallantly defending, Garwe carried on the fight, avoiding the innings defeat and scoring 33 before he was dismissed by M’shangwe, and Ziwira immediately followed, to make the total 255.

Nyauchi took four wickets for 81 runs and Masakadza three for 62, while M’shangwe had two wickets.

Nyauchi and Masakadza both took seven wickets in the match and bowled very well throughout.

Roy Kaia (11) and Shingi Masakadza (6) knocked off the 17-run target without being dismissed.

So Mountaineers have won the Logan Cup again in style, and their final, postponed match against Tuskers, scheduled to start on Wednesday, will be meaningless as far as the competition itself is concerned, as whatever happens Mountaineers have already won the first-class competition and Tuskers are doomed to finish in fourth place.

I’m In No Hurry to Go Back to America: Mukanya