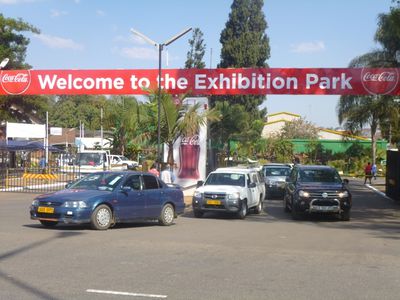 The number of organisations exhibiting and the area taken up by exhibitors has increased by over 22% from 2015 to 2018, and by 14% in 2018 compared to 2017, the Zimbabwe Agricultural Society (ZAS) has revealed.

Addressing the media in the capital today, ZAS Chief Executive Officer, Dr Anxious Masuka said Commercial exhibition space taken up is expected to increase by 7.5% as compared to last year.

“Commercial exhibition space taken up expected to increase from 79730 square meters in 2017 to 85730 in 2018, a 7.5% increase. To put this in a national perspective, the next biggest show/ fair in Zimbabwe has 45 000 square metres of exhibition space.

“The 108th edition of the Harare Agricultural Show presents a unique opportunity for corporate leaders and policy makers to network and interact at the Zimbabwe Agricultural Society business interfaces and conferences. Some 1000 delegates expected to attend,”said Masuka.

He added that 26 commercial trophies will be available for exhibitors to compete with the winners being announced on the official opening day on 31 August.

“Some 26 commercial trophies, largely sponsored by companies, will be available for exhibitors to compete. The winners shall be announced on the official opening day on 31 August, and prizes shall be given out by the Guest of Honour.

“There are also section trophies for agri-produce, cotton, tobacco, livestock and micro-enterprises, largely given to smallholder farmers and SMES.

“These include tractors, implements, vehicles, and various farm inputs. It is estimated that the winners in the section will get about USD240 000 worthy of prizes,” said Masuku.

Meanwhile Masuka also said they increased  Entry gates from 78 to 90 between 2017 and 2018,there will be a enough security.

“For the first time, the Zimbabwe Agricultural Society will leverage on the national popularity of its entertainment events, to avail an opportunity to discerning companies and brands to connect nationwide and worldwide.

“Entry gates increased to 90 from 55 in 2015, increased from 78 to 90 between 2017 and 2018,there will be a security enhancement including use of CCTV and surveillance drones introduced in 2017 and enhanced in 2018 to make sure that people are safe during the show,” he said.