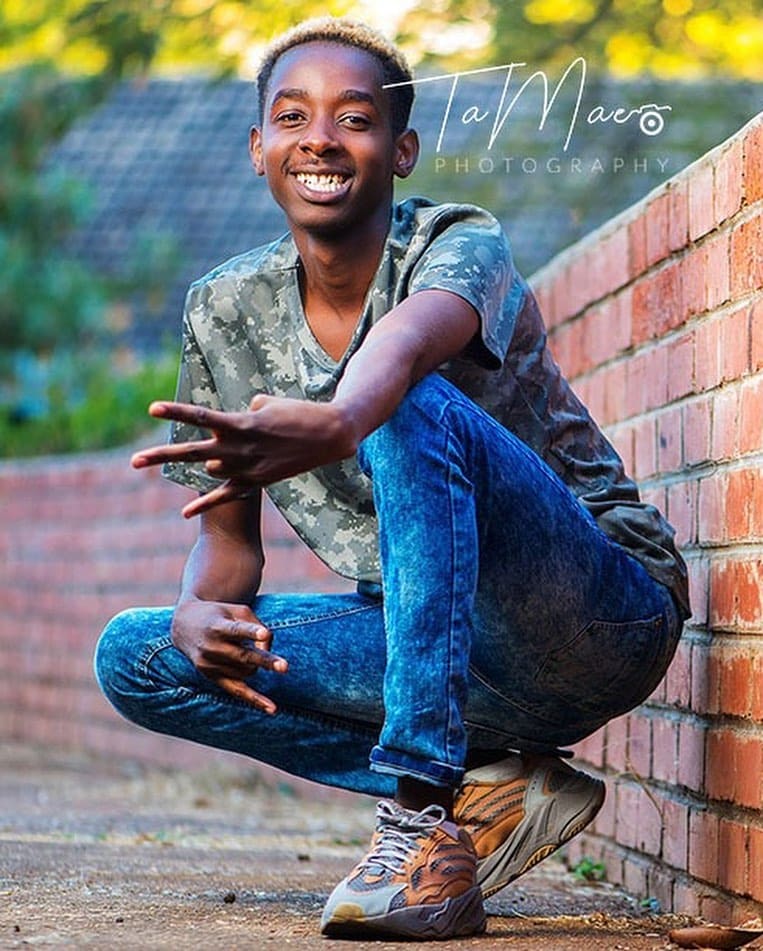 One of Zimbabwe’s young and upcoming comedians ‘Ray Vines’ has set a new twist to Zimbabwean comedy with his ‘vine’ videos on trending and topical issues in the country.

Born Melusi Chiripowako in Chitungwiza 19 years back, Ray Vines started doing his short videos, or vines, in April 2018 and has so far produced more than 70 some of which have gone viral on social media.

Chiripowako was part of the recently held Midlands State University (MSU) red carpet Glamour Awards held in Zvishavane where he received an award as one of Zimbabwe’s rising stars.

Currently doing Computer Science at MSU, the young artist has gained tract in the Zimbabwean arts industry with his hilarious short videos, bringing the comedy side of Zimbabwean contemporary issues.

Chiripowako, in an interview with 263Chat, said vines are not yet that popular in Zimbabwe and thus decided to import the idea and introduce it to his fans, which has had satisfactory reception so far.

“I am doing what we call vines, first it was an application that I was using to mix my videos which I adopted which are popularly known as vines.

“Reception of the videos is quite impressive so far, we have significant number of followers on social media which shows that people are embracing the idea,” he said.

The videos touch on Zimbabwe Socio-Economic and political issues ranging from trending political statements, Zimbabwean contemporary culture, the arts industry, economic situation among several others, as well as classic popular videos blended with his own.

“I use or mix some of the current trending videos and classic videos which used to trend back in the days.

“The vines are popular in America and I decided to adopt the method here in Zimbabwe after realizing that very few people were really into it,” Chiripowako said.

Chiripowako says in his production, no expensive equipment is needed but only relying on his smart phone for recording and laptop for editing.

He says the vines are also a way to inform today’s youths as they are into social media and as such videos keep them updated on current affairs.

“Looking at the modern youths who are much into social media, most can only learn of current affairs if they are presented in a funny way, which is what Ray Vines is also about, talk of infotainment or edutainment as some will say,” he said.

He says he is assisted by a friend and fellow student at MSU in his work, Tinotenda ‘Tiddy’ Mandaza from Chinhoi and fully supported by his parents.

Ray Vines’s Manager from HashTagZimbabwe, Mufaro Mufaro said Ray Vines will soon be going commercial turning the brand into business which will include selling of merchandise and a new comedy show.

“We want to take the brand commercial. What Ray Vines is all about is finding the humor side of trending issues in the country across the board, just like Trevor Noah’s Daily Show, we don’t have those kind of shows in Zimbabwe at the moment.

“Some of the projects which are upcoming for the young artiste include Mukukuzvi Interviews or show around prominent events that will be happening across the country, bring out those controversial and trending issues with a twist of satire to make it fun,” Mufaro said.

“We need to turn this brand into more of a corporate thing, turning these vines to business which becomes an entrepreneurial option for him after his studies apart from what he is studying for.

“We will soon be introducing t-shirts and his own merchandise under the brand ‘Mukukuzvi’ which is one of his (Ray Vines) phrases liked by his fans, a term that actually defines Ray Vines,” he said.

“So we as HashTagZimbabwe, the ones managing his brand, we are promising more interesting vines and content from Ray Vines, making his brand more current and empowering youths in the arts sector,” Mufaro added.

Ray Vines attended Tafadzwa Primary School in Chitungwiza before proceeding to Seke 1 High for his Secondary and Advanced level education before enrolling for his degree at MSU.