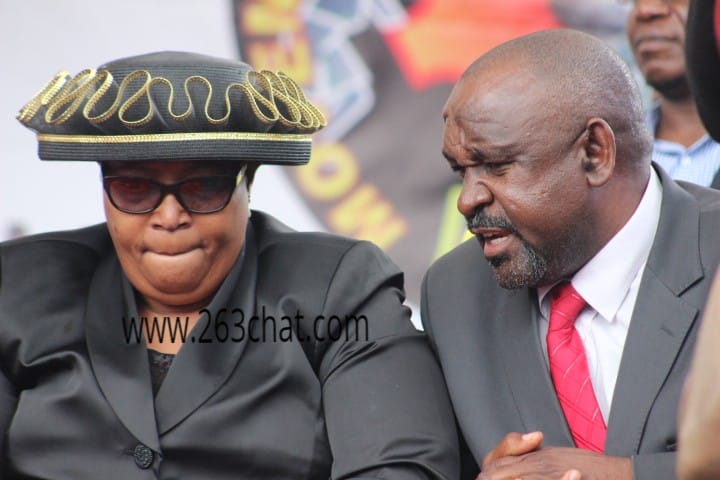 The succession fights in the Movement for Democratic Change party continued today (Friday) as Vice President Thokozani Khupe snubbed a national council meeting held at the party headquarters with Acting President, Nelson Chamisa saying repeated efforts to resolve differences have yielded to nothing as she is not picking calls.

Chamisa who presided over the meeting and was flanked by Deputy President Elias Mudzuri insisted that the party had followed due processes in appointing him to take charge of the movement adding that they are working to iron out differences with Khupe.

“I called her several times yesterday, she did not pick up,” said Chamisa.

“I am the one who was chosen by the council that I should take over from our late president and that was decided in accordance with the constitution,” added the youthful politician.

He added that other executive members including vice president Mudzuri and Secretary General, Douglas Mwonzora were in agreement with the new developments, adding that the party was united and working towards winning the 2018 elections which are due in less that four months.

Khupe has insisted that she is the Acting President as she was the only Tsvangirai’s deputy to emerge from an elective congress but Chamisa shot down this argument saying the amended constitution acknowledges three deputies who all have equal powers.

Chamisa condemned intra-party violence saying it was an embarrassment on the party, before unreservedly apologizing to Khupe and other party members who were attacked at the burial of Tsvangirai in Buhera last week.

“We really want to apologize for the harassment of our vice president, Khupe. It is really an embarrassment to the party,”said Chamisa.

Giles Mutsekwa, the MDC-T Secretary for Security said a committee had been instituted to investigate and report on what had transpired in Buhera.

“We are going to investigate on who was involved in the violence and who attacked our VP, the criminals should be brought to book and face the law,” said Mutsekwa.