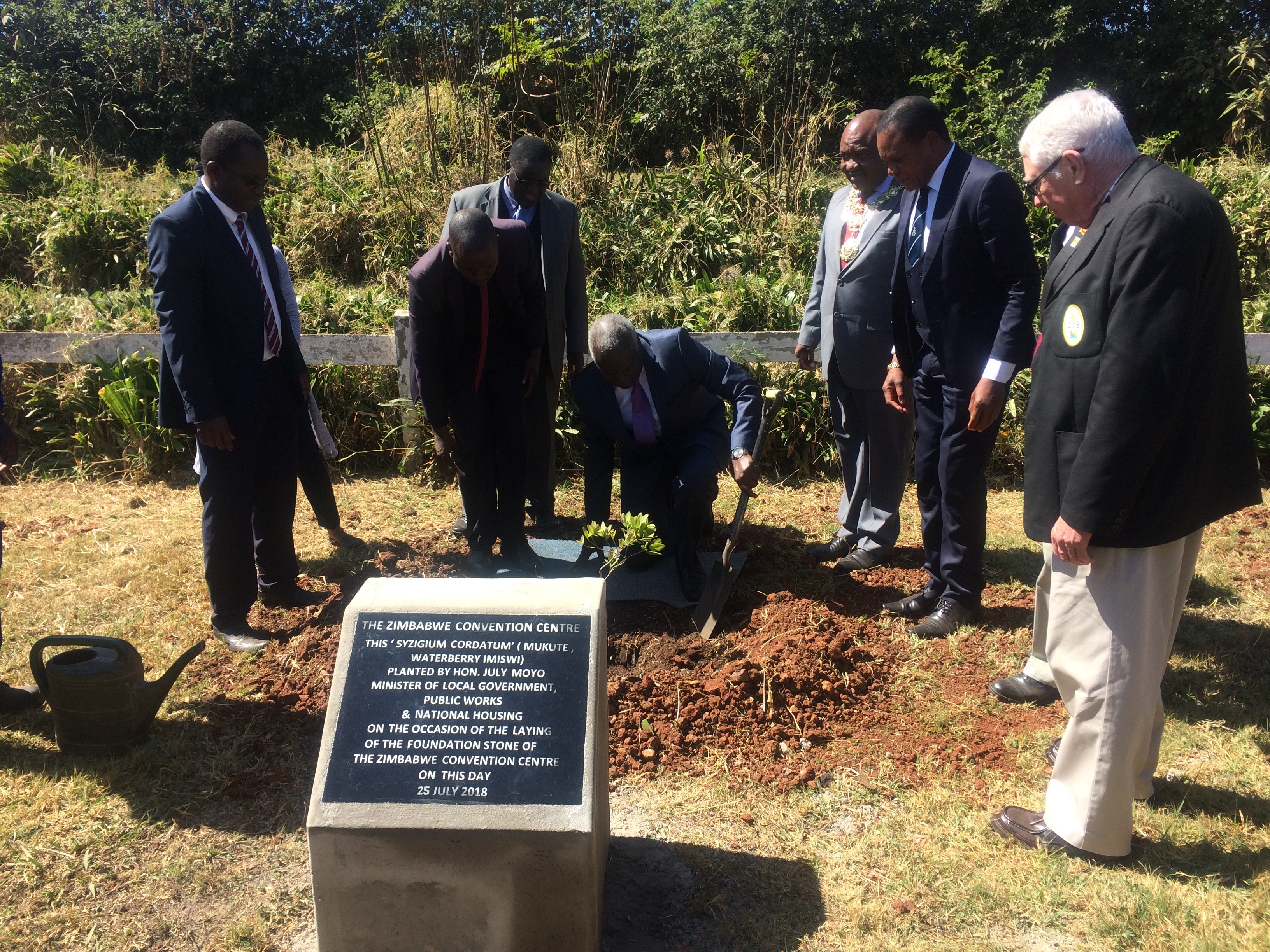 The Zimbabwe Agricultural Society(Z.A.S) is set to construct a $100 million Hotel and Convention Centre with a seating capacity of 15 000 guests at their Business Hub in Harare.

“The City of Harare Local Development Plan Review No 42 of 2006, undertaken at the instigation of the Zimbabwe Agricultural Society brought vitality to showgrounds as they were known then by transforming them into an Exhibition Park.

“This followed the LDP42’s allowance foe showground rezoning to Public Buildings(Other and the designation of a commercial area.The commercial area is now the site of the fuel station and the proposed shopping mall.

“That Local Development Plan is what has brought us here,in that plan we said this society will be so relevant to the economic development of Zimbabwe specifically to Harare’s attainment of the world class city status to an extent that we had to look for something that is sufficiently magnanimous in outlook and would meet with current and future expectations,” he said.

He added that the Convention Centre will double the current sitting capacity of the biggest convention centre in Zimbabwe.

“This is why the Zimbabwe Convention Centre was mooted, it will comprise a 15 000 sitter auditorium, just to highlight that the current sitting capacity of the biggest convention  centre in Zimbabwe is somewhere in the region of about 7000,” said Masuka.

In an interview with 263Chat on the sidelines of the launch, Minister of Local Government, Public Works and National Housing July Moyo welcomed the development saying it came at time when there is a shortage of hotel rooms in the country.

“The build up environment is changing in Zimbabwe, hotel and conferencing has to move faster,hotel rooms in Zimbabwe are in short supply in the country  and we believe that what the Zimbabwe Agricultural Society is doing changes the skyline for Harare as well as the agricultural show business.

“We have been talking to them together with the mayor to say all the way from the Kopje to the residential areas here if there was a concept to design properly done which is futuristic, it can start telling us how Harare is going to develop outside our normal CBD area where we want to de-congest the CBD areas of our cities and this is why we are doing this,” said Moyo.

EcoSure Aims to Protect the Poor From Economic Shocks and Trauma