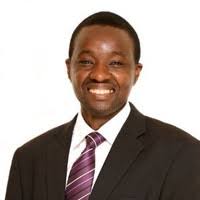 Fungura joins the Group from Raknok Enterprises (Pvt) Limited where he was the Chief Executive Officer since May 2021.

This was after a career in the financial services industry which saw him rise to become the Managing Director of Old Mutual Insurance Company (OMIC), a position he held from May 2019 to April 2021.

He had been elevated from the position of General Manager and Group Chief Risk Officer of Old Mutual Property Limited (Zimbabwe) and Old Mutual Zimbabwe Limited respectively over the period October 2017 to April 2019 and May 2014 to September 2017 respectively.

Fungura is an Actuary by profession and is a holder of a BCom (Hons) Actuarial Science from National University of Science and Technology.

He is a fellow of both the Actuarial Society of South Africa (FASSA) and Institute and Faculty of Actuaries in the United Kingdom (FIAUK).

He was the Actuarial Society of Zimbabwe President from January 2015 to March 2018 and served the Insurance Council as a committee member.

“The Board of ZB Financial Holdings Limited is delighted to have Shepherd join the Group and wishes him success in his new position,” the Group said.

The new boss comes at a time the Group recorded a 45 percent decline in its profit-after-tax (PAT) to $1, 06 billion in 2020, owing to a decline in total income due to the deteriorating conditions in the economy.