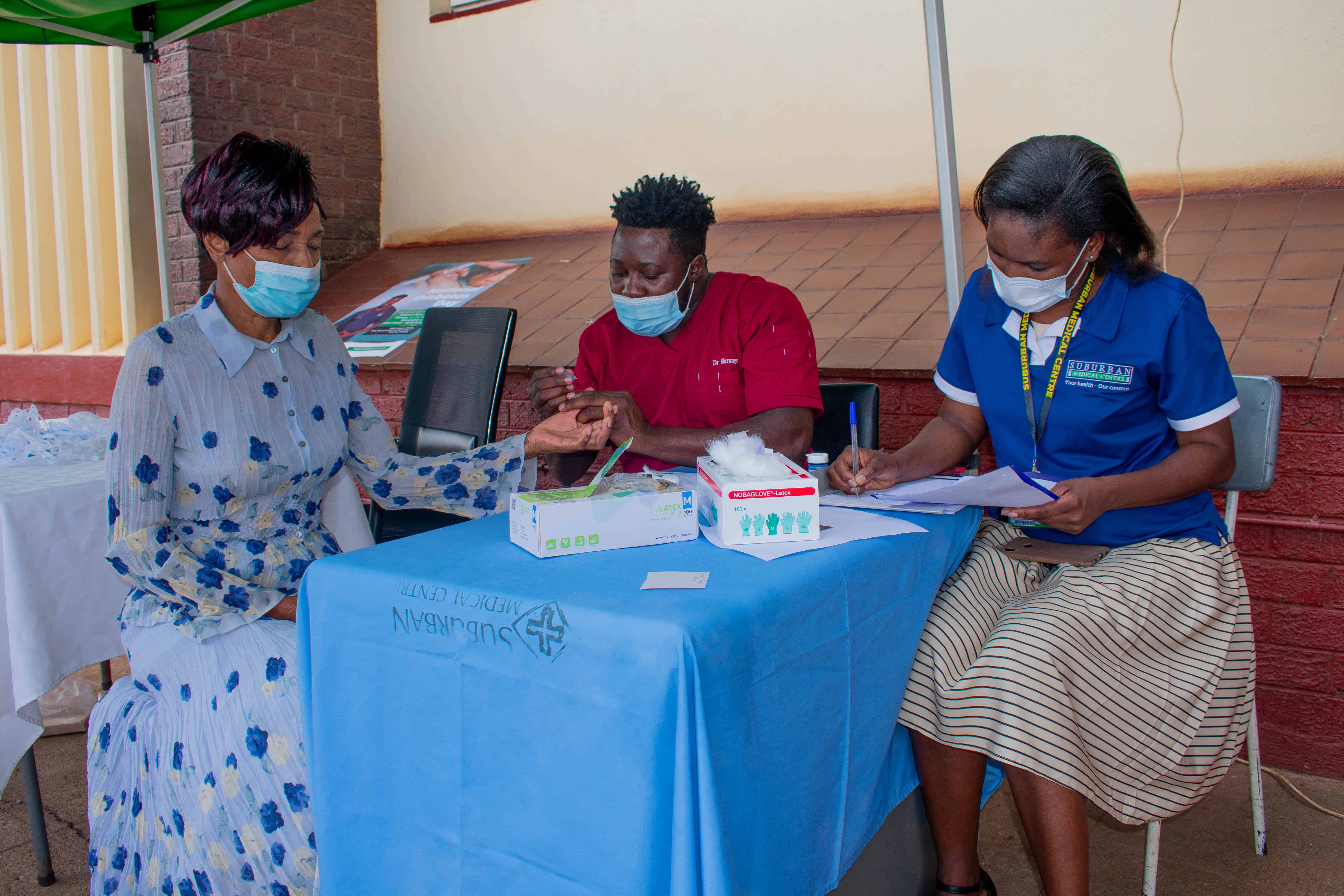 Suburban Medical Centre in partnership with MedSure Pharmaceuticals tested 116 people for diabetes free of charge in Harare’s Warren Park suburb as part of efforts to raise awareness of the disease which is a major cause of blindness, kidney failure, heart attacks, stroke and lower limb amputations.

Members of the public responded positively to the call by the local private hospital in partnership with MedSure Pharmaceuticals as 116 people got free diabetes tests, face masks and hand sanitizers.

In an interview with this publication one of the beneficiaries of the campaign, Gogo Chinomona from Malborough said, “We are so happy to be receiving these free services. I have been tested for free and I am waiting to see the doctor. It important for me to know my health status and receiving medical care on time”

Mr Farirayi from Warren Park 1 weighed in and said, “The programme is great. It encourages health awareness. May they keep on doing such events especially for the elderly who may not afford health care costs.”

Medsure marketing manager Ethel-May Hungwe who participated in the event applauded the community for heeding the call to get tested.

“We came to support the event and give back to the community. We have supplied the testing kits for diabetes. We realised we are still in the Covid-19 era, we sponsored sanitisers and masks for distribution to the community. We are raising awareness. The attendance was just overwhelming,” said Hungwe.

National Diabetes Day is celebrated every year to raise awareness on the effects of the diseases which claims millions of lives every year around the world.

The awareness campaign commemorated the world diabetes day which became an official United Nations day in 2006 with the passage of the United Nations resolution 61/225.

It is marked every year on 14 November, the birthday of Sir Fredrick Banting, who discovered the insulin along with Charles Best in 1922.

Teachers To Boycott Invigilation Over Allowances

Vaccinating The Rural Population In Matabeleland Against…