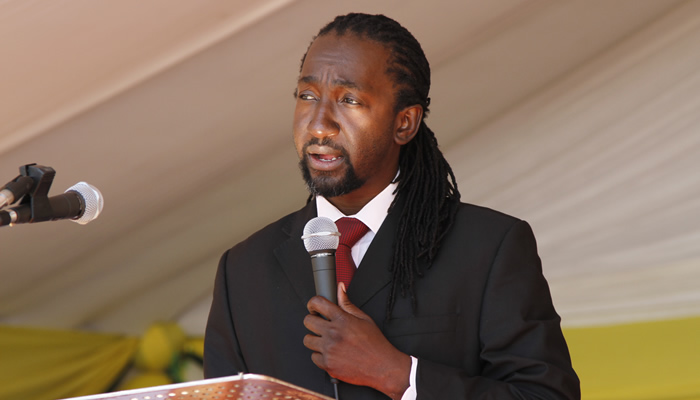 President Robert Mugabe was declared a national hero, but there has been a gridlock over his final resting place with the family reportedly saying the former president wanted to be buried at his rural in Zvimba.

Speaking at a memorial service held by Economic Freedom Fighters (EFF) in honour of the veteran pan-Africanist in Soweto, South Africa this afternoon, Zhuwao said he learnt of the pressure exerted upon his family through Mugabe’s widow, Grace Mugabe this morning.

“I spoke this morning with Amai Mugabe she instructed me to issue a statement or rather disseminate a statement that she and the immediate family had put together. The statement is that they are being coerced by Emerson Mnangagwa to ignore President Mugabe’s wishes on were his mortal remains should be interred. I call upon you commander -in-chief, I call upon you to help the family have the wishes of President Mugabe be recognized. It demands of us to make sure president Mugabe is able to rest in peace,” he said.

Zhuwao went at lengths describing how broken his late uncle was by the events of November 2017 that led to his dethronment by his longtime understudy, Emmerson Mnangagwa through a military assisted action before stressing that Mnangagwa has no moral standing to pontificate over he whom he “betrayed”.

The issue remains marred in suspense back home, following a meeting held between the President Emmerson Mnangagwa and the Mugabes over the decision of Mugabe ‘s final resting place.

Apparently, nothing tangible came out of the meeting with detail over the final resting place remaining sketchy.

Zhuwao, who has never set foot in Mnangagwa-ruled Zimbabwe failed to attend the funeral of his uncle, Robert Mugabe for fear of persecution by the regime.

Also in attendance at the EFF event were former ZANU PF cadres who include Saviour Kasukuwere and Shadreck Mashayamombe, who went out of favour with Mnangagwa for siding with Mugabe under the banner of G40 at the height of fissures that threatened to wreck the liberation movement.

The EFF leadership hailed former president Mugabe for standing resolute against Western criticism over the land reform program he instigated.