‘MaShurugwi Will Cause Violence In 2023 Elections’ 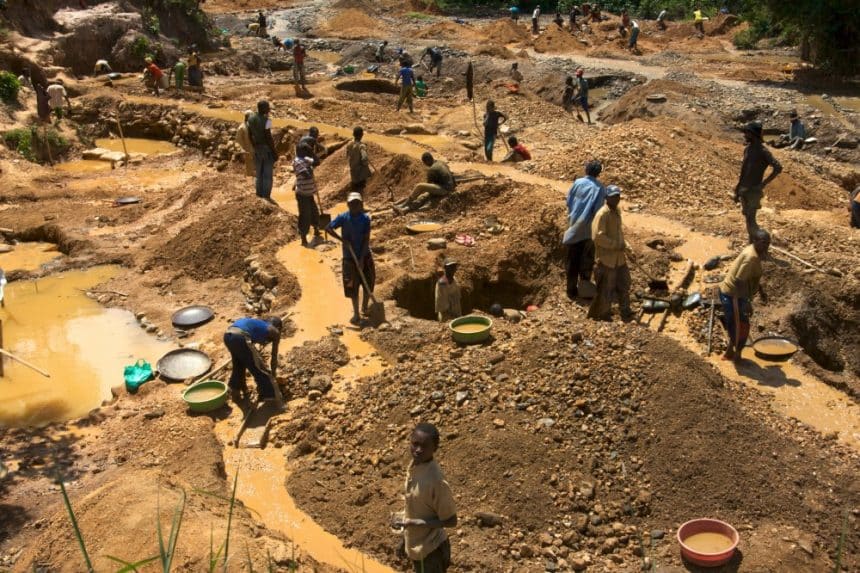 Zimbabwe runs the risk of creating a deadly militia that will cause bloodbath and target opposition members in the lead-up and during the 2023 elections, if the machete-wielding gangs are not brought to book, a leading human rights activist has warned.

The country is currently struggling to contain machete gangs, operating under the moniker, Mashurugwi, who are running riot in small scale mines across the country and the blame has largely been pushed towards government’s impunity as the criminals are alleged to be connected to powerful political offices.

Heal Zimbabwe Trust Director, Rashid Mahiya told 263Chat this week that the failure by the government, to reign in on the serious issue, shows that there is a high risk that the gangs will try to protect their mines in the lead up to the 2023 elections as any threat to their source of livelihood would be met with violence.

He noted that those who are controlling the gangs might feel that their political power is threatened then unleash the criminals to send warnings.

“Because they are aligned to political parties and powerful politicians, there is a danger that we are creating a militia that will be abused during political processes, especially around elections and that is a serious issue.

“Given the fact that we have had violent elections in the past, we now have a new phenomenon where people walk armed and can use those weapons against citizens to defend their bosses and funny enough, they will not face the wrath of the law. So we are headed for instability if this issue is not addressed soon,” he said.

He noted that although the security forces might be willing to intervene, their wings are clipped as there is no direct order, especially from the President, Emmerson Mnangagwa to deal with the issue.

“Each time these criminals are arrested, they are let loose and this disempowers the security forces,” Mahiya said.

He said the greatest fear would be that the militia, which will be created outside the normal security forces, will be used to target opposition members and they will likely be protected since they are all partisan.

“There is a selection process and it is done in a partisan way and it’s also difficult for law enforcement agents to interfere. These criminal are connected to people in high offices,

He urged the government to act decisively as it has done in the past with opposition party demonstrations and civil society riots.

Government has been blamed for remaining silent but last week Home Affairs minister Kazembe Kazembe warned that the gangs would be brought to book as no one is above the law.

“Law enforcement officers are on high alert ready to deal with machete gangs. Several perpetrators are now in police custody as we speak and nobody is above the law. All cases will be dealt with,” he said.

The Parliamentary Portfolio Committee on Mines and Mining Development advocated for stringent penalties for the machete gangs.

Committee chairperson Edmond Mukaratigwa said Wednesday that there should be conversations by various stakeholders to provide clear direction on how to deal with the criminals.

“The committee further resolved that government kick-starts legislative procedures to allow for stiffer penalties with regard to such perpetrators as was done in the Criminal Procedure and Evidence Act regarding the vandalism of railway and electrical material, among others.

“The committee called for an urgent meeting against the background of the need to achieve sustainable mining business in the mining sector,” Mukaratigwa added.