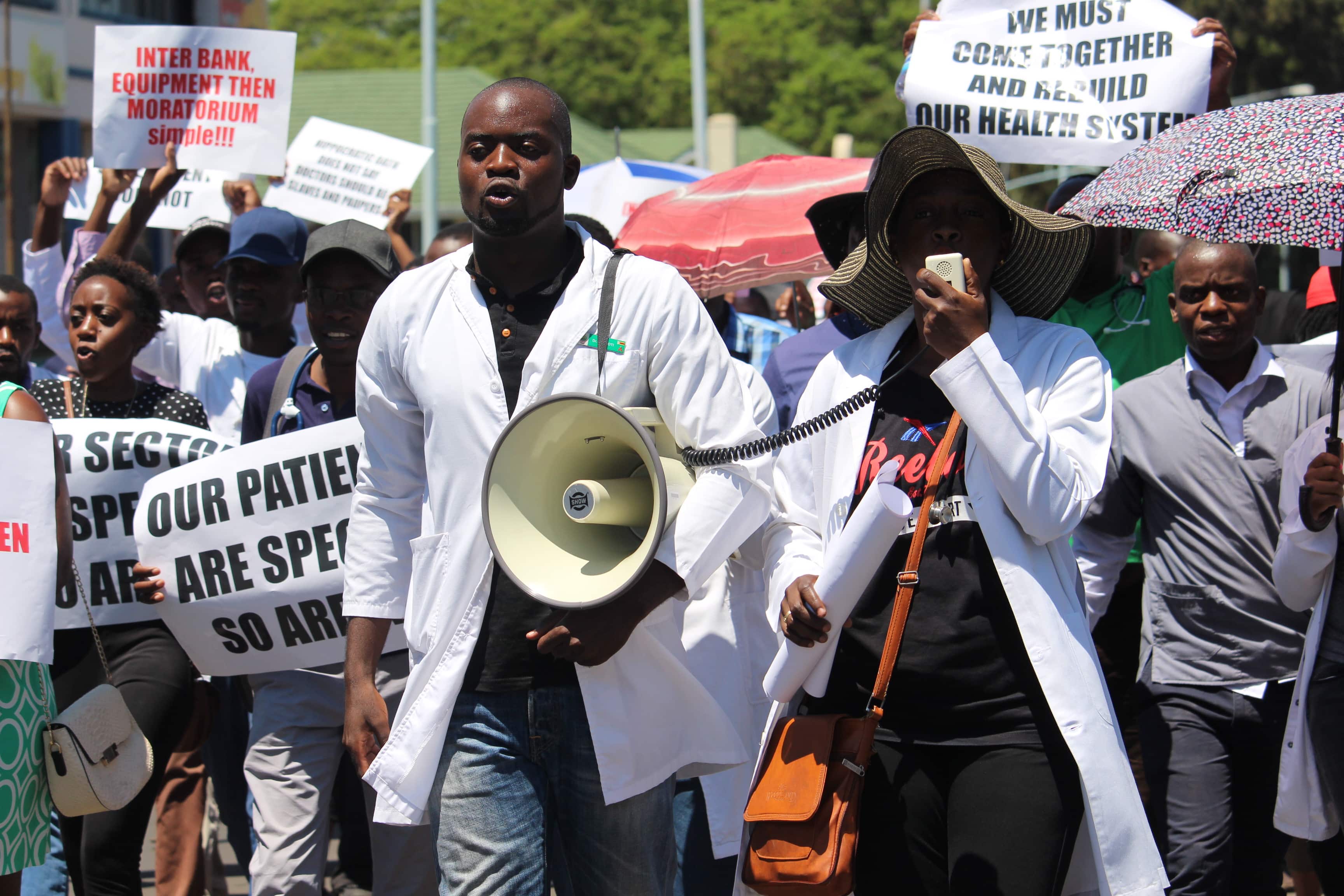 Junior doctors have ended their more than hundred days industrial action and have resumed their duties at all public hospitals, Parirenyatwa Hospital Public Relations Officer Linos Dhire has told 263Chat.

Dhire said the junior doctors were already conducting their duties, a position that was confirmed by the Zimbabwe Hospital Doctors Association (ZHDA)

“We can safely say all junior doctors are reporting for work and they are doing their duties,” said Dhire.

A ZHDA official who spoke to 263Chat on condition of anonymity said junior doctors had indeed returned to work.

“Junior doctors have returned to work, but if you get in the wards there is not much progress being done as junior doctors are monitored by senior doctors. They complement each other to get the work done,” the official said.

However, the absence of senior doctors has complicated the situation as most patients in the Out Patients ward could not be attended by junior doctors without the guidance of their senior counterparts.

The doctors who reported for duty are part of the 448 who were fired by Health Services Board for misconduct after they disregarded several ultimatums to return to work.

The impasse between junior doctors and the Health Services Board only ended following the intervention of Catholic bishops who met President Emmerson Mnangagwa to find a solution to the degenerating situation.

This resulted in Mnangagwa issuing a moratorium for them to report for duty within 48-hours without being questioned.

However, some of the doctors remained defiant insisting that they be paid their salaries in foreign currency or equivalent, which the Government said it could not afford.

Some of them only started reporting for duty after the Higher Life Foundation came up with a $100 million fellowship programme to incentivize practitioners in the health sector for between six and 12 months.